Chinese Riddle in Which Every Syllable Is Pronounced /Shi/ 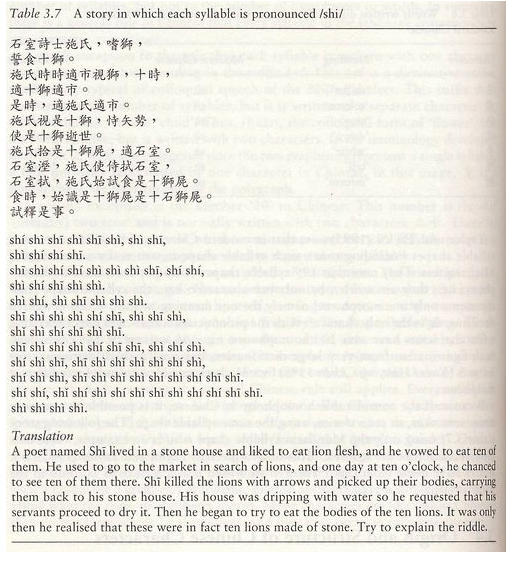 As every student of Chinese has learned with some vexation, it’s a hard language to learn because so much meaning is packed in such a limited toolset. There are only about 400 possible syllable sounds in Mandarin Chinese, on top of which can be layered four different tones (five if you include the neutral tone), for a total of about 1,700 possible syllables versus 8,000 in English. To make matters more complicated, many different characters are pronounced in the exact same way, such that meaning can only be deciphered with context.

The text of the story: (h/t Yellowbridge)