Chinese Museum Full Of Forgeries Shuts Down | The Mary Sue

Maybe it's not too late to reopen it as a National Museum of Forgeries, though? 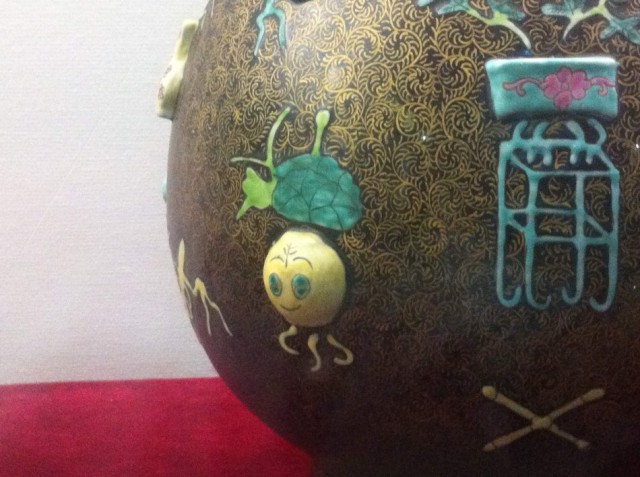 The Jibaozhai Museum in China’s Heibei province is shuttering its doors after it was revealed that many of the exhibits on display there were not ancient relics demonstrating China’s rich cultural heritage but cheap frauds, including a vase  — billed as hailing from the Qing Dynasty — festooned with images of modern cartoon characters. Last week saw the museum become a laughingstock online over the forgeries, but this week things are getting real for those in charge as staff members responsible for acquiring the artifacts face increasing scrutiny.

The museum’s troubles began earlier this month, when Chinese author Ma Boyong visited and crafted a lengthy blog post calling into question the veracity of some of the artifacts on display, including the aforementioned cartoon character vase, as well as pieces depicting characters from a Chinese novel that had yet to be written when the relic was said to have been crafted. This just goes to show — if you’re going to skimp on real historical relics in your museum, at least invest some of those savings in a halfway decent fact checker.

The owner of the museum, who is now under investigation, reportedly told the Shanghai Daily newspaper that “even the gods cannot tell whether the exhibits are fake or not.” That might help him out if the gods were the ones investigating him. Now that the museum’s license has been revoked, though, it’s archaeologists who are on the case, and we’re told they’re pretty darn good at that sort of thing.

(via BBC, image via Ma Boyong)