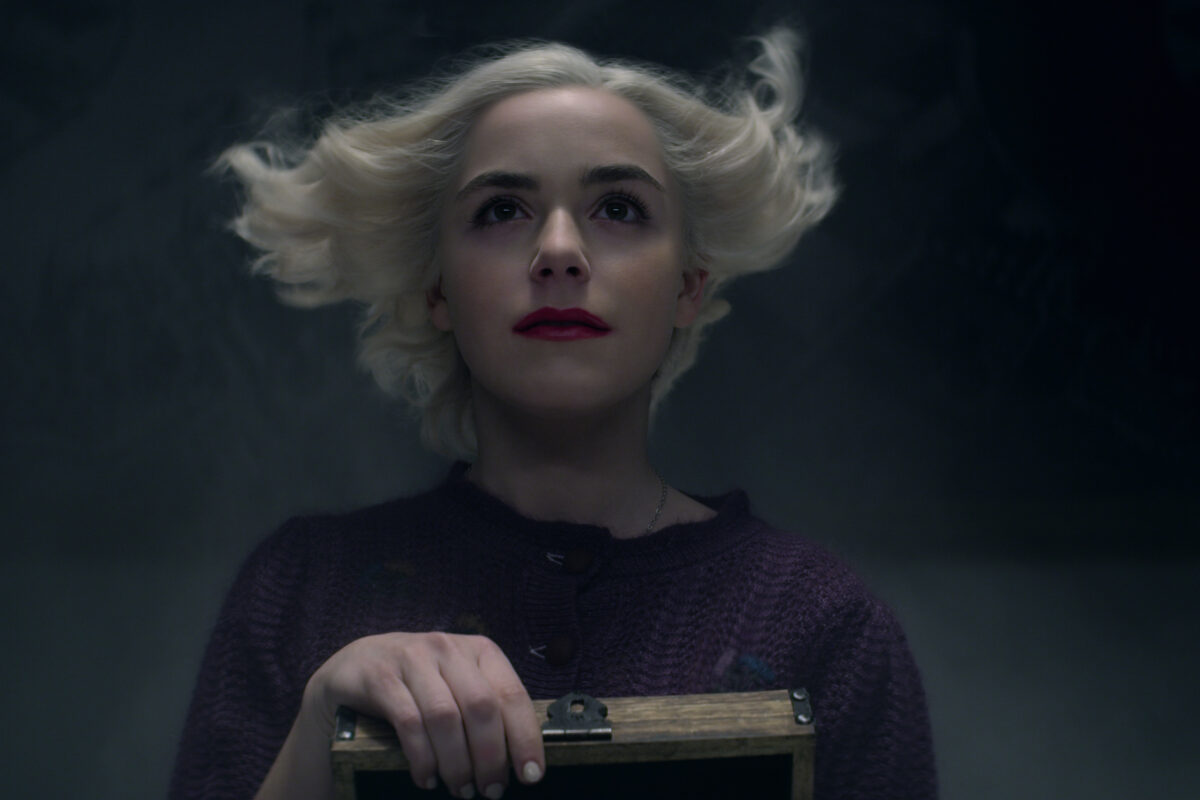 The witch is back—or she will be at least. After a terribly long wait between the end of part 3 and now, The Chilling Adventures of Sabrina popped up just in time for Halloween to announce that the final batch of episodes will drop on Netflix on December 31.

In case you don’t remember, part 3 ended with everything looking pretty good for Sabrina. Or, well, Sabrinas. After using some time looping magic to save herself and defeat the various baddies (including some ill-defined “pagans” and her own kinda dad The Devil), Sabrina did what she usually does and broke the rules of time travel and physics so that one version of her could rule as a Queen of Hell and another version got to go home and have a generally normal life.

We see that double Sabrina working some magic above, and we know they’ll have a lot on their hands as Sabrina and Greendale head into one more crisis. Having dealt with Gods and Monsters, there are now literal Eldritch horrors on the horizons. And with the coven finally accessing a new source of power through from the Goddess Hecate, let’s hope that’s enough power to stop them. But I guess with one Sabrina on a throne in Hell, that has to count for something.

What else is going on in the trailer? It looks like Hell Queen Sabrina is living it up down in the pit, dancing with Caliban (I think) while poor Ambrose is tasked with once again telling everyone that they’re doomed. Everyone looks just as worried and in peril as usual, but Theo, in particular, seems to be … getting possessed or attacked be something? Also, it’s exciting to see Mambo Marie back, because I really want to see what happens between Zelda and Marie after they ended part 3 with a passionate kiss. Also, Nick is a student at Baxter High now?! What could go wrong?

In general, this trailer has me really excited for part 4 and also a little bit sad that it will be the final run of episodes. While Sabrina herself is sometimes infuriating as a heroine, I adore the ambition and creativity of the show. It’s visually stunning and has so much atmosphere and texture, and is chocked full of great performances. I’ll be sad to see it go but it looks like these final episodes are really ending things with a bang.