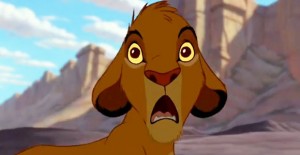 In case you hadn’t noticed, children’s movies have, like, a lot of death. Bambi’s mom, Elsa and Anna’s parents, Cinderella’s parents, that whole Lion King situation — it’s just everywhere. A new study by the British Medical Journal has been kind enough to confirm this.

The British Medical Journal Christmas edition often brings joy and wonder, or at least humor.  In 2013 they told us of the detriments of how many martinis James Bond drank; in 2012 they explained the redness of Rudolph’s nose; in 2007 they examined some responses to unicycling.

Now they’re tackling all those tragic cartoon backstories, looking at “45 top grossing children’s animated films and a comparison group of 90 top grossing dramatic films for adults” and timing how long it took to get to the first on-screen death. Considering Tarzan, Frozen, Bambi, and a whole lot of other animated children’s fare include death in or close to the opening sequences, it’s no surprise what they found.

Two thirds of children’s animated films contained an on-screen death of an important character compared with half of comparison films. Common causes of death in children’s animated films included animal attacks and falls (intentional or not), while in comparison films common causes of death were gunshots, motor vehicle crashes, and illnesses. Notable early on-screen deaths included Nemo’s mother being eaten by a barracuda 4 minutes and 3 seconds into Finding Nemo, Tarzan’s parents being killed by a leopard 4 minutes and 8 seconds into Tarzan, and Cecil Gaines’ father being shot in front of him 6 minutes into The Butler.

Objectives To assess the risk of on-screen death of important characters in children’s animated films versus dramatic films for adults.

Setting Authors’ television screens, with and without popcorn.

Conclusions Rather than being the innocuous form of entertainment they are assumed to be, children’s animated films are rife with on-screen death and murder.

You can read the full study for yourself here. Please, readers, for your own safety never become the parent of an animated children’s character.

(via Discover Magazine) (Image via Disney)