We should just call them "fat nuggets" if we're going by percentages. 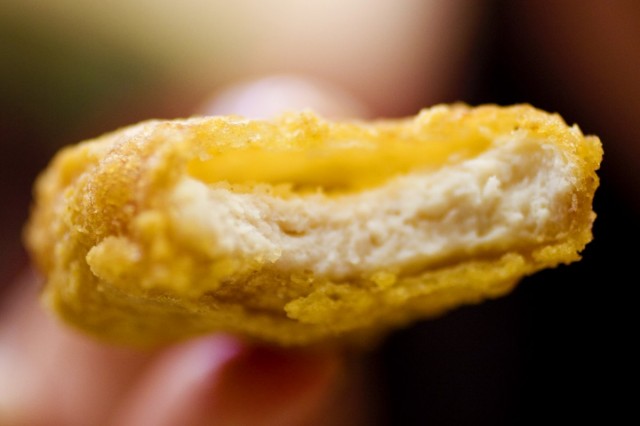 A paper published in The American Journal of Medicine analyzed the makeup of chicken nuggets from two fast food chains to determine just how much chicken is actually in a nugget. Turns out, not much. Is anyone surprised? No. We didn’t think so.

The paper, titled “The Autopsy of Chicken Nuggets Reads ‘Chicken Little'” was written by a team comprised of Richard D. deShazo MD, Steven Bigler MD, and Leigh Baldwin Skipworth BA. They took a random sample of nuggets from two nation fast food chains and sectioned, stained, and analyzed them.

What they found was that chicken meat was not the most abundant ingredient. Fat along with bone, nerves, and other connective tissues are what make up the majority of the fast food nuggets sampled.

(via The American Journal of Medicine, image via Robyn Lee)