Grey, slimy, and cultured in a series of test tubes -- in other words, just like Mom used to make. 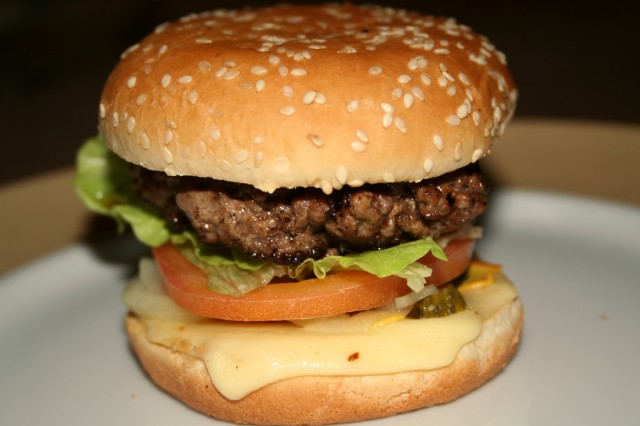 The world’s first hamburger grown entirely in a laboratory will be served in London this week, apparently to the anonymous donor who las largely funded its creation. Here’s hoping the meat, which is reportedly grey in color with a slippery, squid-like consistency before cooking, proves worth the almost $400,000 that’s already gone into creating it.

We’ve reported before on this project, which is totally intriguing if kind of gross-sounding. There’s no word yet on what lucky restaurant will have the honor of serving the burger, or which lucky chef will get the unenviable task of trying to make it seem palatable. The in vitro entree is the brainchild of Dutch scientist Mark Post, who toyed with lab-grown varieties of pork and chicken before landing on beef as the finest of all fake meats.

Except Post’s beef isn’t really fake — at least, not in a as far as DNA is concerned. The burger started off as real beef, or at least stem cells drawn from a donor cow. The cells were cultured in petri dishes until enough were present to form strips of muscle. Those weak beef muscles were then hooked up to Velcro and exercised in the lab, the tension and action turning them into something more akin to actual meat. Finally, 3,000 strips of this lab-brown muscle were minced up and mixed with particles of lab grown animal fat to create a 5 ounce burger that no one had to kill a cow for. Whether it’s something you’d want to eat, though, is another matter, one that may come a step closer to being settled later this week.

While we don’t have high hopes for this first iteration of Post’s burger — a squid-like consistency is not what we tend to look for during BBQ season — we wish it the best of luck. After all, it’s in bad taste to root against any form of scientific progress or curiosity. Plus, once nuclear winter hits and all the cows are mutated into relentless killing machines known as horrorochs, we don’t want to be the ones in the underground bunker who were making fun of fake meat. It may come in handy one of these days.