Chickens Have a Method of Birth Control 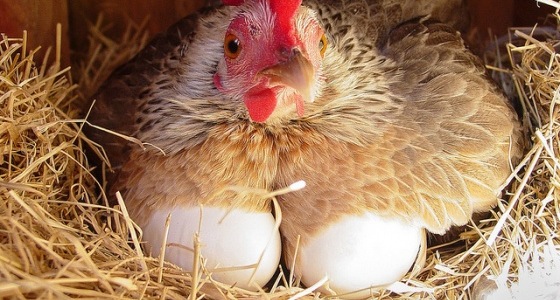 Look, we’re women, and we’re geeks. We’re willing to write on any intersection of science and vaginas, even when, in this specific instance, the organs in question are actually cloaca, the parallel for the vagina in gallus gallus domesticus, the common domesticated chicken.

Read on if you want to find out the intensely biological way in which female chickens reject the use of socially low-ranking males’ genetic material in the fertilization of their eggs.

It’s called “seminal evacuation” and it’s pretty much what it sounds like. You see, female chickens have a ton of sex with (and have a ton of sex done to them by) a lot of, uh, roosters, far more then they’d actually need to in order to fertilize their eggs. And sometimes, as people who hang out around hens may have noticed, they “evacuate” a male’s sperm, much in the same way they evacuate the substances involved in the cloaca’s other biological function in birds.

A recent study has show that this is “strongly nonrandom” behavior, but actually a chicken method of birth control, whereby hens refuse to allow sperm from males they consider inferior to fertilize their eggs. And before we go any further we’d like to give some serious props to these scientists that measured and then controlled for the size of the male’s ejaculation and the intensity of its evacuation from the hens.

According to researcher Rebecca Dean, “these results show that promiscuous females can actively bias sperm utilization to exert a strong and predictable influence on the struggle for fertilization.” And in doing so, they manage to “retain control of paternity even in species such as fowl where males can force mating.”

Doubtless, evacuating an average 80% of a male’s sperm is not really the kind of guarantee of birth control that we human females demand from our methods, but it’s still pretty impressive for something that can live for a year and a half with it’s head cut off.