Chew Is the Comic Series You Need for Your Thanksgiving 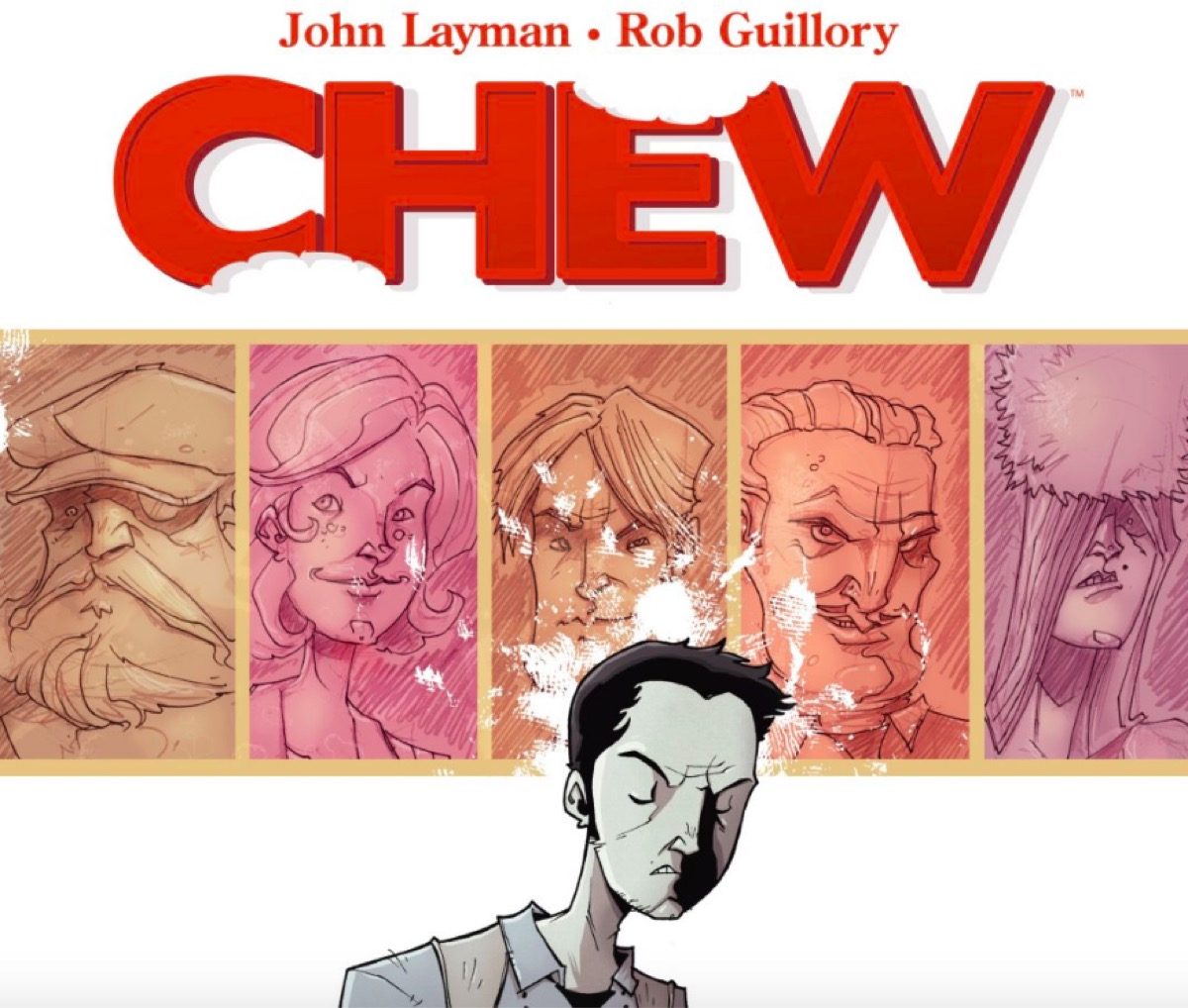 Turkey salmonella has been in the news recently (now joined by romaine lettuce E. coli), which makes me feel like the Thanksgiving comic book we should all be reading this year is Chew, by John Layman and Rob Guillory.

*Movie trailer guy voice:* In a world … where poultry is illegal after a devastating bird flu epidemic, cibopath Tony Chu has to eat a lot of gross things to solve crimes. Also, there’s some aliens? And a Yakuza chicken smuggling ring. This Thanksgiving, it’s “Taster’s Choice.”

If that all sounds wild, it’s just because this book is absolutely wild, which makes it perfect holiday reading because, let’s face it, family Thanksgivings can sometimes be about as harrowing as finding yourself on the hit list of a Yakuza chicken smuggling ring. 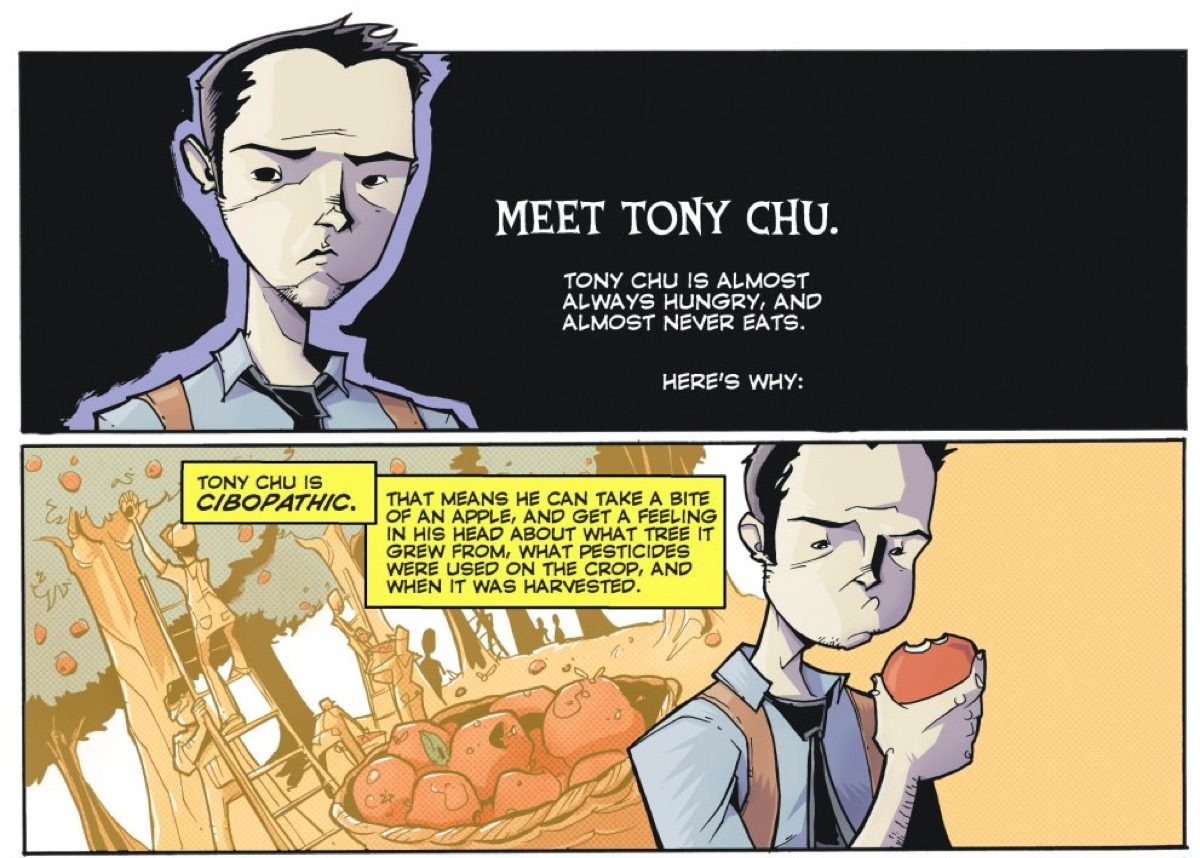 When Tony Chu is recruited from the Philadelphia police force to be a prestigious F.D.A. inspector alongside fellow cibopath Mason Savoy, black market poultry is just the beginning of his problems. (A cibopath is someone who gets psychic impressions from the foods they eat, another notable comic book example being Gwen from iZombie).

Tony’s new boss at the F.D.A. is constantly trying to get him to nibble on evidence in varying states of decomposition in order to solve food-related crimes. Savoy, Tony’s new partner, is decidedly … er, let’s call him eccentric. You sometimes get the feeling that Savoy doesn’t exactly mind eating all this weird stuff. 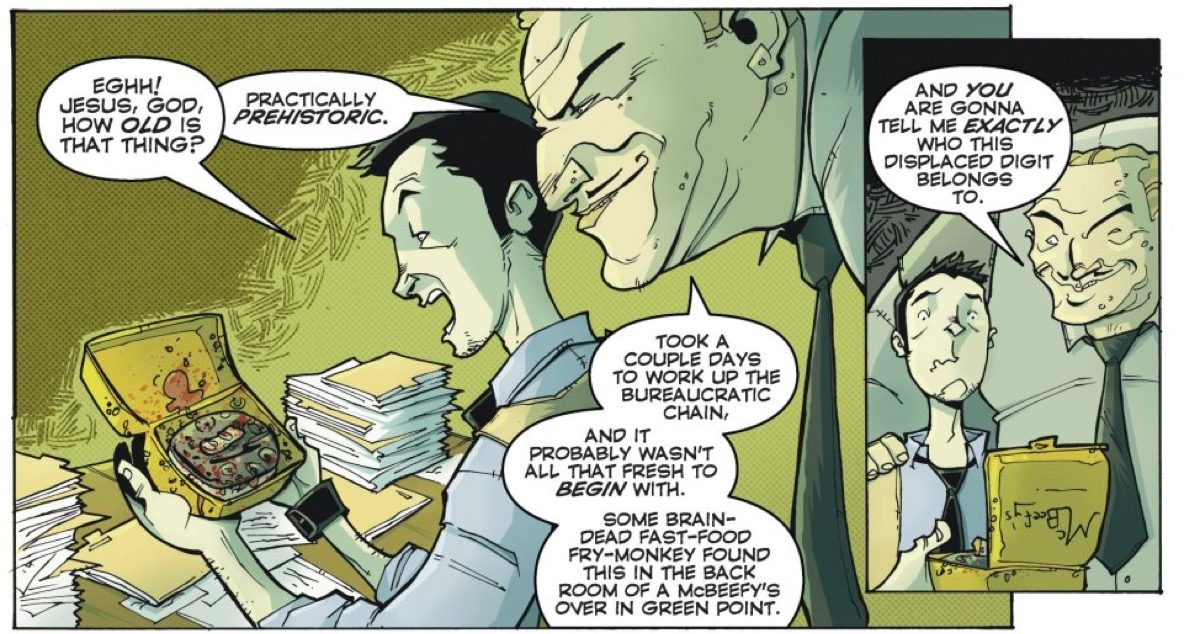 This is all on top of Tony trying to have some kind of love life. How on earth will he ever pluck up the nerve to ask out the alluring saboscribner Amelia Mintz if he’s supposed to be getting her fired for using her vivid food-writing powers to make people sick? And then there’s having to deal with his troublemaking brother, former renowned chicken chef Chow Chu, getting into hot water with illicit poultry operations. (There’s a consommé joke in there somewhere …)

Did I mention that there are also maybe aliens?

What I love about Chew is that, while it dabbles in the absurd, it’s also very grounded in genuine emotion and relatable relationships. The gestures toward a romantic subplot between Tony and Amelia are so charming and heartfelt that you’ll be invested enough that you’ll want to pick up the subsequent volumes just to watch it unfold.

Tony’s relationship with his brother is the kind of sibling dynamic anyone can recognize. Yeah, you may want to kill each other a lot of the time, but you’d have each other’s backs at the end of the day. 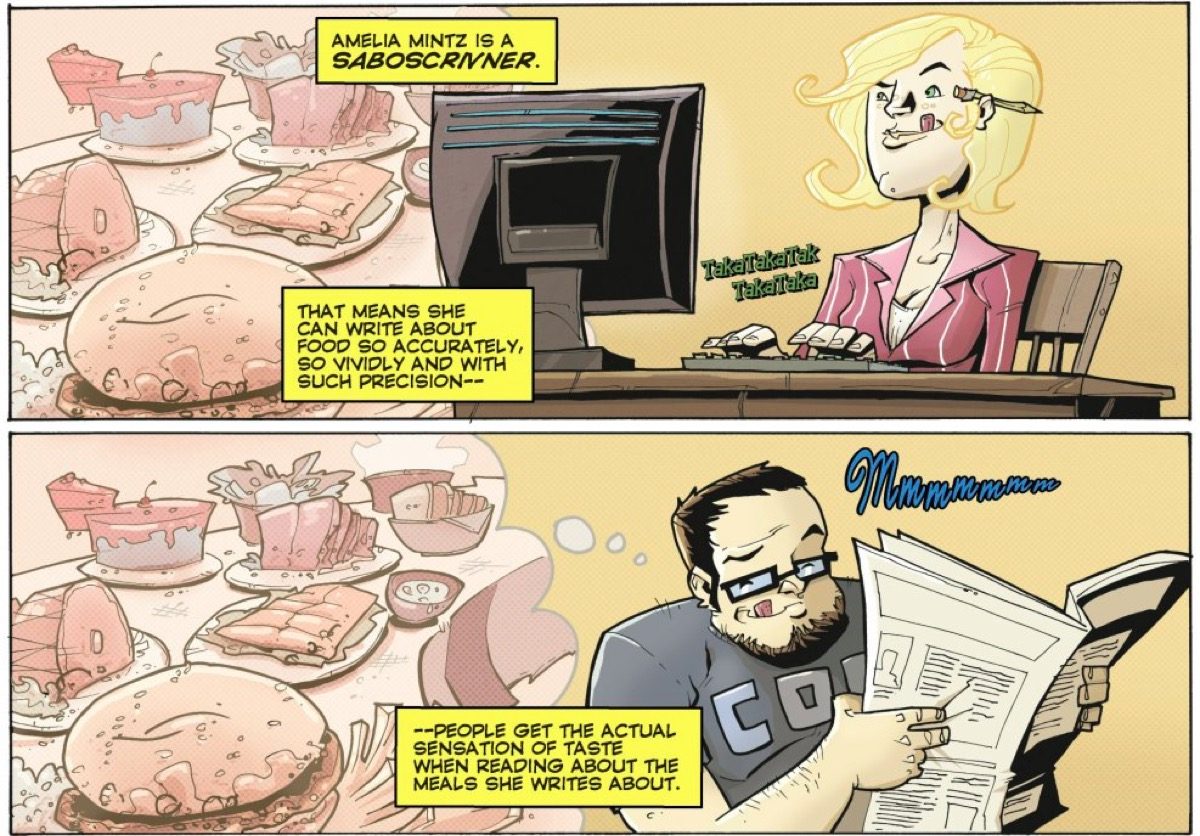 Tony’s struggle with his cibopathy is a particularly poignant aspect of the story. As a rule, the poor man normally eats nothing but beets just to spare himself the food-induced phantasmagoria he can’t escape from every bite of everything he eats, but he uses his power purposefully, sometimes at great personal expense, and the answers he discovers aren’t always comforting.

Full disclosure, I kind of hate Thanksgiving. That fourth Thursday in November rolls around, and I am Wednesday Addams in the summer camp pageant, gleefully inciting a revolt against the Pilgrims. (If I’m being honest, I am some version of Wednesday Addams pretty much every day of the year.) If you’re also not the biggest fan of Thanksgiving, and you’re maybe anticipating a day of hiding out in your aunt’s linen closet with a whole sweet potato pie that you swiped from the fridge, Chew just might help you through the ordeal with your sense of humor, if not your sanity, intact.

Tia Vasiliou is a senior digital editor and content specialist at comiXology. If she could have a food-related super power, it would be the ability to make macarons that don’t always end up hollow. You can find her on Twitter @PortraitofMmeX.