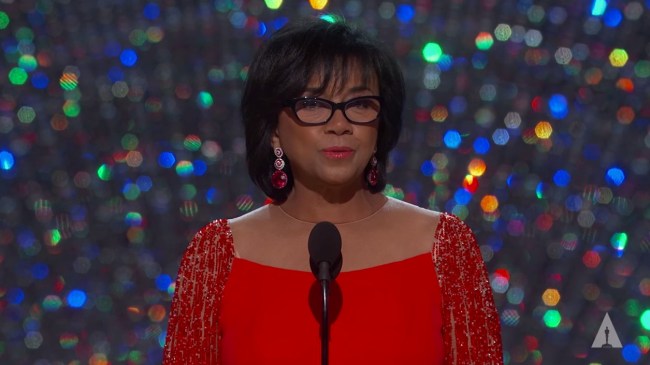 Cheryl Boone Isaacs has been re-elected as president of the Academy of Motion Picture Arts and Sciences. Isaacs ran unopposed, and the one-year term will be her fourth and final one. The Board of Directors also re-elected Kathleen Kennedy, John Bailey, Jeffrey Kurland, and Jim Gianopulos to their officer positions and added Nancy Utley and David Rubin.

The Academy came under a lot of fire this year for their lack of inclusion, something that Isaacs spoke openly about before and during the Oscars. #OscarsSoWhite, started by Twitter user @ReignOfApril, put the spotlight on Hollywood’s diversity problem and the Academy class of 2016 brought in 683 new individuals that made the Academy a bit less white and a bit less male. Isaacs also launched A2020 last year, an five year initiative for diversity in Hollywood staff, hiring practices, and governance.

As the first African American and the third woman to hold the position of president at the Academy, Isaacs no doubt dealt with a lot of scrutiny and challenges. Still, her commitment is undeniable—this is also her 24th year as a governor representing the Public Relations Branch. I’m looking forward to seeing Isaacs continue her role as president, especially with regards to her stance on diversity.