You can just order beakers from a laboratory supply store and drink from those, but these are classier. 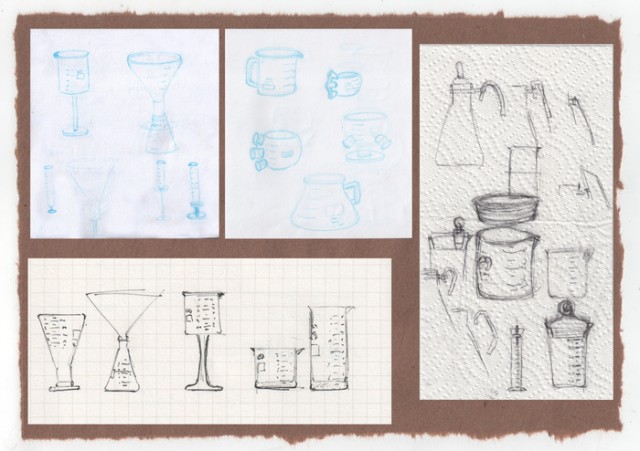 Remember in high school chemistry class when your teacher repeatedly stressed in no uncertain terms that you shouldn’t drink from the beakers, but how you really, really wanted to? Well now you can! Or at least that’s what designer Marshall Jamshidi is hoping to make happen. He has a Kickstarter up for his set of scientifically inspired glassware called Periodic TableWare, and we now pine for it — or whatever the scientific version of pining for something is.

Take a look at Jamshidi’s Kickstarter video where he talks about the inspiration for his designs, and shows them off:

Now you can get drunk with science! The Kickstarter page also points out other, non-drunk-with-science uses like lemonade and milk. Those are fine too we guess.

Laboratory glass has an appeal that is both alien and recognizable. Its iconic look conveys the power of science, and in its clarity are curves that are clean and beautiful.

Put more simply — glasses that look like beakers are cool.

The rewards are obviously the different glasses in varying quantities and styles. At different contribution levels you get more glasses, all the way up to the $550 “Nobel Prize” set which features eight each of the wine, martini, rocks, and highball glasses. The decanter and cocktail shaker set, as well as a set of special Period TableWare coasters and a beanie. You even get two Inverto cocktail-wine glasses. It’s easier to post the picture of the Inverto glasses than to explain them, so here: 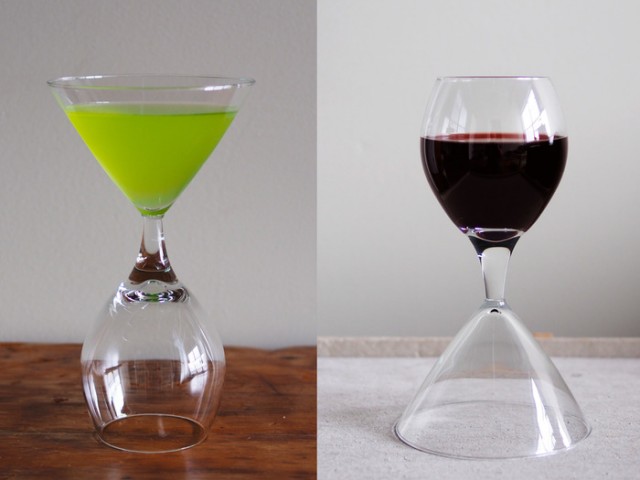 You can grab yourself the glass of your choice at the $25 level and get a range of options between that and the Nobel Prize set. The real benefit to the Periodic TableWare is probably that you can feel like every night of drinking is really just elaborate scientific research. Have a few drinks and then slur loudly to your neighbors about how you’re, “reejy a sliendist, doddammet!”

Or, you know, drink responsibly — but with science.