I'm probably not ever going to space, but for $25 I can make a space telescope take my picture? You've got yourself a deal. 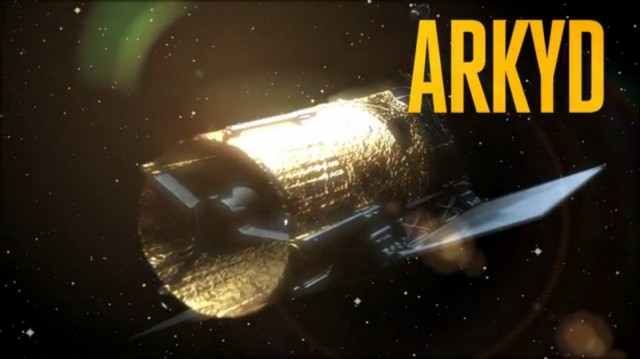 Asteroid mining company Planetary Resources has a new venture on their hands, and they’ve turned to Kickstarter to fund it. They want to launch the ARKYD, a space telescope that’s not only crowdfunded, but actually crowd controlled. They’ve already hit their goal, but there’s still time to fund it for some sweet rewards like time controlling the telescope, and a very affordable option to have a photo of you displayed on the ARKYD while it takes a space selfie with your picture and the Earth as the background.

The project is introduced by Planetary Resources President Chris Lewicki in the Kickstarter video. They even got our friend Bill Nye to make an appearance!

$25 gets you a photograph of yourself on a space telescope with the Earth in the background. I can’t think of a better use of an extra $25. For a little more you can get prints, higher resolution images, and more. There’s even a sweet mission patch for seven dollars. If you drop $10,000 your name will be engraved on the telescope itself where it will show up in everyone else’s dinky little $25 picture.

What I find particularly interesting about the ARKYD project is why it’s being crowdfunded. Members from the Planetary Resources engineering team have worked on building every U.S. Martian lander in the last 15 years according to Lewicki. If they wanted to get a small telescope into space, they could probably pull it off themselves.

The Kickstarter campaign seems to be as much about building public interest in the mission as it is about funding it. Their goal was one million dollars, and they’ve crossed it with eight days left to go. At the time of this writing there are 13,121 who have pledged a total of $1,119,906. That’s 13,121 people invested — figuratively and literally — in this project.

Just the fact that there’s an opportunity to get your photo in space, or to be able to use a space telescope to take any photo you want is amazing. It creates an active connection with people on Earth to what’s happening in space. It could even make you want to protect the Earth, or so says the Kickstarter page:

Seeing a picture of yourself or your loved ones above our planet can change our awareness of this fragile shell nourishing all life on Earth. There are no borders visible from space, and the “Space Selfie” can provide a small taste of the “Overview Effect”(The psychological phenomenon experienced by astronauts who spend time above the Earth and feel the imperative to protect our planet).

Planetary Resources laid out more details about the ARKYD itself in this infographic:

The campaign ends June 30th, so you have time left to get your face in space.