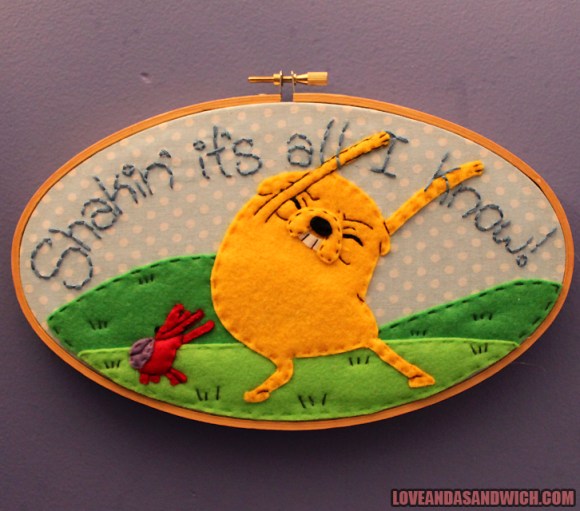 Pop culture seamstress and crafter Chelsea Bloxsom isn’t currently selling any of her beautifully felted and embroidered creations, just her plush ones. So we’ll have to admire her hoops from our own computer screens.