Charmin’s Thor Joke Was Too Good for This Dark World 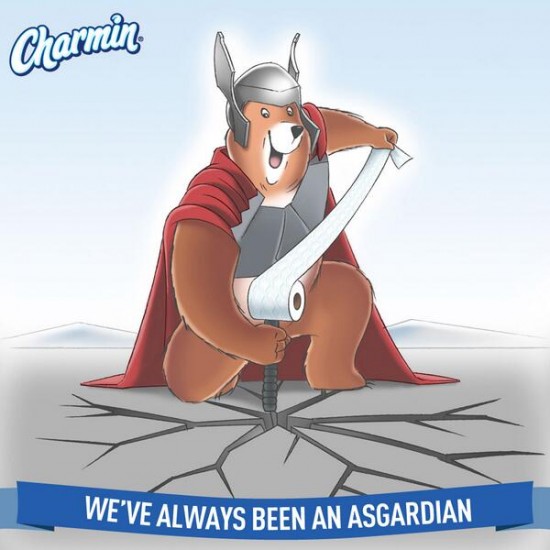 According to io9, Charmin’s twitter account tweeted this picture out at sometime on Saturday, and then quickly removed it. Fortunately, this is the internet, and so we all get to bask in the glory of this pun and the accompanying art.