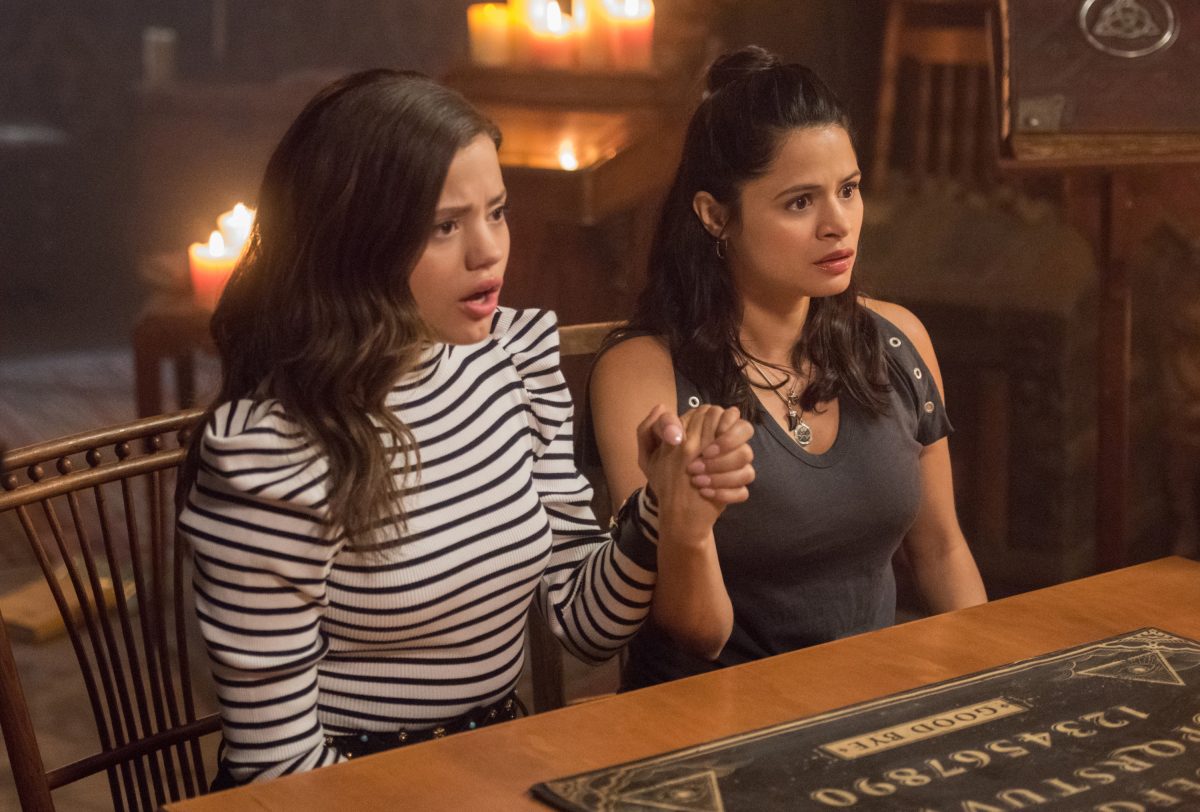 Since it was announced that the CW reboot of Charmed would not include the original actresses or creative team, the show fell victim to the most terrible curse: discourse. It came from all sides, so it seemed. Fans of the original were mad that we wouldn’t be seeing the Halliwell sisters in any form, and the original actresses reacted strongly and negatively to the idea that this reboot could be more feminist than the original.

Actresses like Holly Marie Combs (Piper) objected to the idea that Charmed: Original Flavor wasn’t feminist, and they also countered with the implication that casting different younger actresses for the lead trio was Hollywood ageism, a factor of Hollywood sexism. Now, that second point is extremely valid. The lack of older women on television is a huge problem, especially on a network like The CW. (The network recently passed on the opportunity to showcase some women over thirty when it picked up Legacies instead of Wayward Sisters. Yeah. Still mad.)

But that first objection, that the original Charmed was already feminist enough and thus didn’t need the 2018/#TimesUp make over? I don’t think that’s accurate.

I’m a huge fan of the original Charmed. I watched the premiere in 1998, a few days after I started high school. I own the full DVD set, which came in a replica Book of Shadows that’s still the coolest packaging on my DVD shelf. I still watch the reruns on TNT whenever I can. Charmed was a fun, silly show that has a special place in my heart, and I know that’s true for many other people, but it wasn’t perfect.

It was repetitive and relied more on the charmed ones’ romantic entanglements for drama, rather than the mythology, which was weak and slapped together. Also, the bad guys were never very scary or threatening (Sorry, Zankou). Charmed was melodramatic and campy, but it was at its most entertaining when it leaned into that camp.

Unfortunately, that’s also when it was the least feminist. Especially after the show switched out Prue (Shannen Doherty) for Paige (Rose McGowan), the episodes fell into a formula that wasn’t so much monster of the week, but “what skimpy silly outfit can we get these nubile actresses into this week.” These supposedly empowered women were paraded around as mermaids, superheroes, gods, vampires, banshees, mummies, and more, with each costume and plot more ridiculous and revealing than the next. 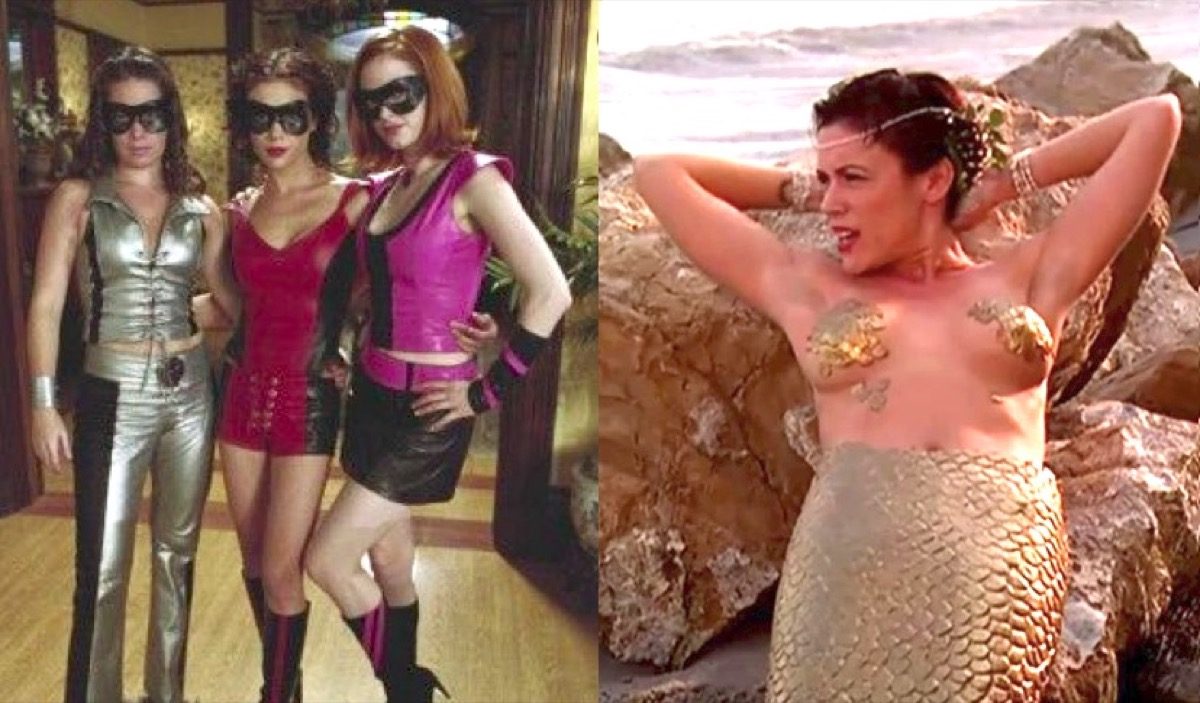 The women of the original Charmed as superheroes and mermaids. (image: The CW)

And that was fine, for the time. No one tuned into Charmed for high drama, because it was closer to Xena than Buffy, nor would you have looked to the show for an accurate depiction of living in San Francisco. There was barely a person of color anywhere, save for Dorian Gregory, who served as a convenient source of exposition and conflict for years before ever getting his own storylines, then got written off for budget reasons.

Oh, and that one time Piper had a thing with the ghost of John Cho in season one.

There were even fewer queer people, and this was San Francisco. Yes, the show was escapist and fun, but it was also … hella problematic, and that’s just onscreen. Behind the scenes, Charmed was, reportedly, not a great place to work. It was run by Brad Kern, who was recently, finally fired by CBS for reported harassment of writers and actresses.

Tales of Kern’s misbehavior go back to his time on Charmed, but according to Alyssa Milano, he was barely available to production, and it was Milano and Combs who were really running the show on-set. The actresses were huge influences on Charmed, and are probably the reason it ran for eight seasons, so it’s understandable they feel left out now that it’s getting the reboot treatment.

But this is a new Charmed for a new world, and yes, that means it needs to be much more feminist than the first version.

The new Charmed is aggressively feminist. Honestly, the feminist rhetoric in the pilot—especially the mantras spouted by Mel (Melonie Diaz)—was so on the nose and of the moment that it verged on parody. I’m happy to report this gets better in episode two, where we see the relationships between the sisters growing while retaining the feminist bent.

With everything going on in the world right now, I’d rather have this than a campy, light-hearted show that pretends the problems of the real world, aside from romance, don’t exist for all women. The new Charmed has set itself up as a feminist and progressive upgrade of the original, in ways both positive and problematic. The writers’ room is extremely diverse, with a very clear feminist vision of the show. The charmed ones are now three women of color—however, it is worth noting that they are not all of the background advertised, and the casting wasn’t as thoughtful as we’d have liked.

The key mythology of the original remains: three sisters are destined to be the most powerful witches in the world, and they are to be guided by a “whitelighter” guardian angel type. In the original was Leo (Brian Krause), who married one sister. Here, it’s a brit named Harry (Rupert Evans). Most of the core mythology of Charmed, such as it was, is still there, but darker and more ominous, so I’d call that an upgrade. Also, Mel is gay and vocally feminist, but she’s also prickly and defensive, and definitely my favorite of the new power of three. 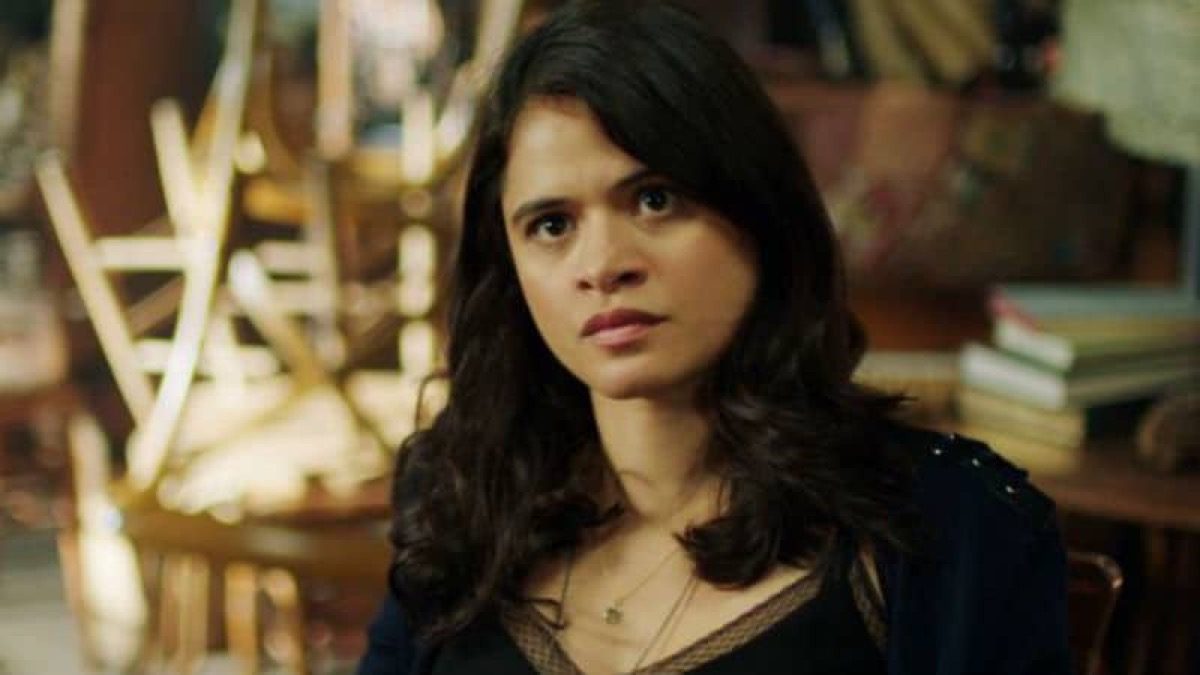 The mythology was never the strong suit for Charmed, and some of the sillier concepts certainly have room for improvement in a redo. One of these is the whole concept of whitelighters and elders—Powers That Be embodied by cis white men who tell the girls what to do.

The pilot set up some conflict between the sisters and this embodiment of the patriarchy, which is the main focus of the next episode. It’s a different dynamic that I hope gets more play, and as far as the original trio goes, there’s also nothing in the pilot that’s so off-base that this new show couldn’t be occurring in the same world as the Haliwells lived in, just a more colorful version of it.

Charmed can’t be the show that it was in it’s first incarnation; the world has changed too much, and producing a replica of what we already had would be foolish. The new Charmed is darker, more political, more diverse, and more aware. That core dynamic of sisters, of women, finding their power and using it to fight for good is still there, and it’s great.

It’s still a show about sisterhood and what happens when three women listen to and support each other, and how hard that can be sometimes. That’s what made the first Charmed so watchable, and it has the potential to do the same here. This is a show that has learned from its ancestors. Liked the Charmed ones inheriting their Book of Shadows and starting a new chapter, let’s give this new version a chance to learn from the past to change the world for the better.