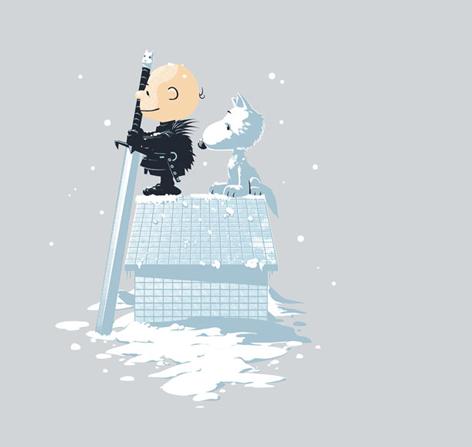 For sale today on TeeFury.com, and up against a Doctor Who design no less, is this adorable Peanuts/Game of Thrones mash-up by Adams Pinto. I can hear Lucy saying, “You know nothing Charlie Brown,” now…