If you’ve been on Google today, you might have noticed a new doodle that’s creepy and kooky, mysterious and spooky. That’s because today would have been the 100th birthday of Addams Family creator, Charles Addams! The cartoonist is responsible for one of the weirdest families to grace our newspapers TV sets, and later the silver screen and the Broadway stage. So, let’s get our freak on and celebrate the twisted mind of Charles Addams! 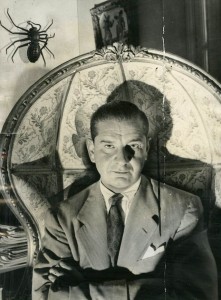 Born on this day in 1912, Addams was encouraged to draw by his father, and on February 6, 1932, his first cartoon was published in The New Yorker. They began regularly publishing his cartoons in 1938, and he freelanced for the magazine until his death in 1988. Those cartoons featured the characters from what would become the Addams Family, but they weren’t officially given names until Addams was approached about making the TV series.

The Addams Family, which was directly inspired by the New Yorker cartoons, became a cult favorite in later years but was never a big hit when it aired on ABC for a mere two seasons (1964-1966). It never ranked higher than 23rd place in the ratings, and never topped its fellow supernatural competitor, The Munsters. But as we know, that didn’t stop people from latching on to the strange, macabre characters. Less than 30 years after the show went off the air (and after a Halloween reunion special in 1977), The Addams Family movie was made, three years after Addams died.

Addams had requested a wake in the event of his death, not a funeral, and said that he wanted to be remembered as a “good cartoonist.” Here are a few of his cartoons, plus the first episode of The Addams Family in its entirety. He has also gotten the biography treatment, Charles Addams: A Cartoonist’s Life, and many collections of his work are available. 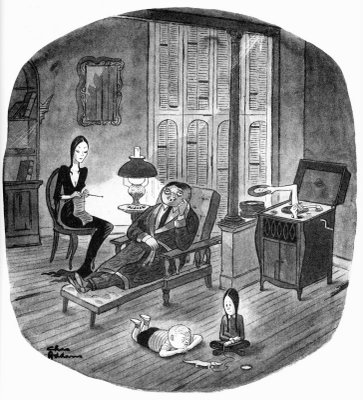 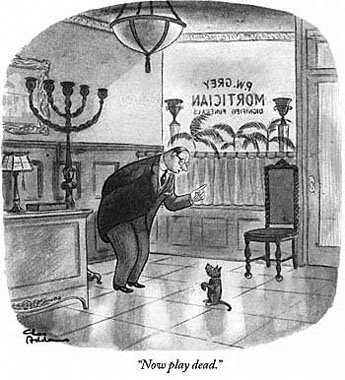 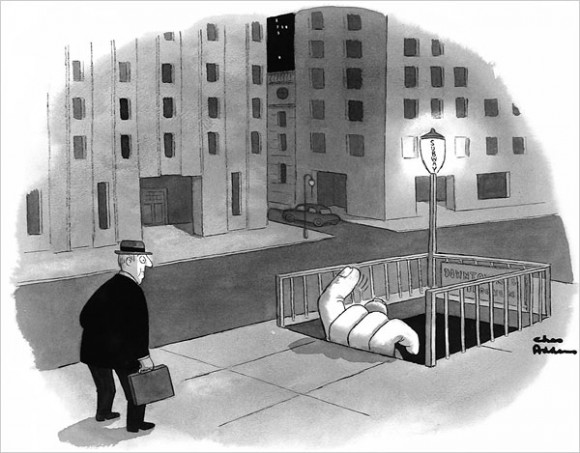 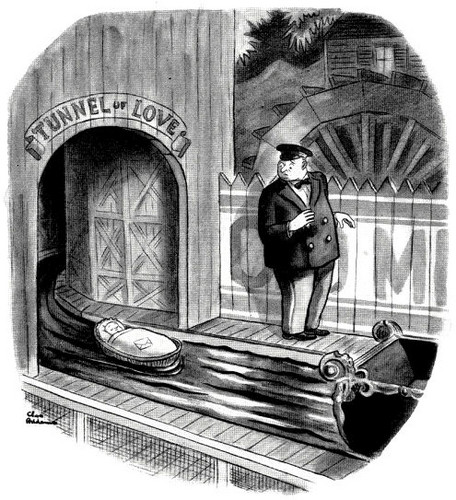 And, the whole first episode of The Addams Family: