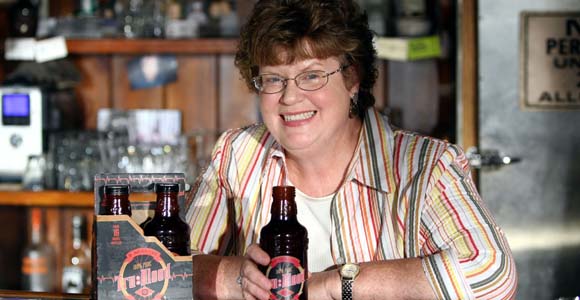 Charlaine Harris, writer of The Southern Vampire Mysteries novel series and the source material for HBO’s True Blood, is ready to end her story. Unfortunately, some fans aren’t and they’re taking their displeasure to a dangerous place.

Harris is debuting her thirteenth novel in the Sookie Sackhouse series, “Dead Ever After,” very soon. And it’s meant to be her last. Though there are a few fans who wish it would keep going forver.

“I’m very fortunate that people are so invested in the series,” Harris told the Wall Street Journal. “At the same time, it can be a source of some anxiety to get emails that say, ‘If Sookie doesn’t end up with Eric, I’m going to kill myself.'”

Yeah, I can see how that would be cause for anxiety. The report says she’s been taunted and begged by fans to keep the story going and even had fans show up at her house to get their books signed once.

“The prickly dynamic between Ms. Harris and some of her followers highlights how hard it can be to kill a successful series. For the first time in years, Ms. Harris isn’t touring to promote the book. She doesn’t want to be berated by readers who hate the ending or want vampire spinoffs,” writes WSJ.

As fans ourselves, we know how easy it is to get attached to fiction and those involved but it’s sad to see fandom take this particular turn. It’s certainly not the first time fans have gone down a dark path but when creators actually feel the need not to engage with fans because they scare them too much, it’s really time to think about our place in the creative process.