Character and Creator Diversity in Comics: What Cash & Carrie Brings to the Table 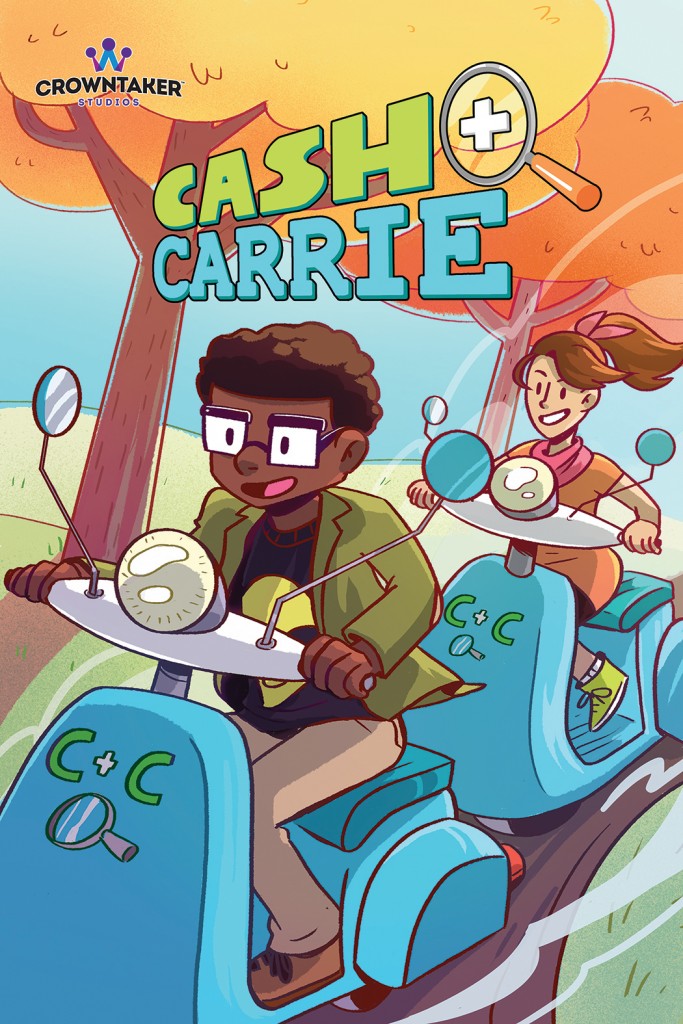 [Editor’s Note: The following is a guest blog from creator Shawn Pryor to promote his new Kickstarter project, Cash & Carrie.]

Character and creator diversity in comics is not a difficult thing to do, yet I’ve seen major publishers make promises of diversity and progression for people of color and minorities with limited and minimal results. 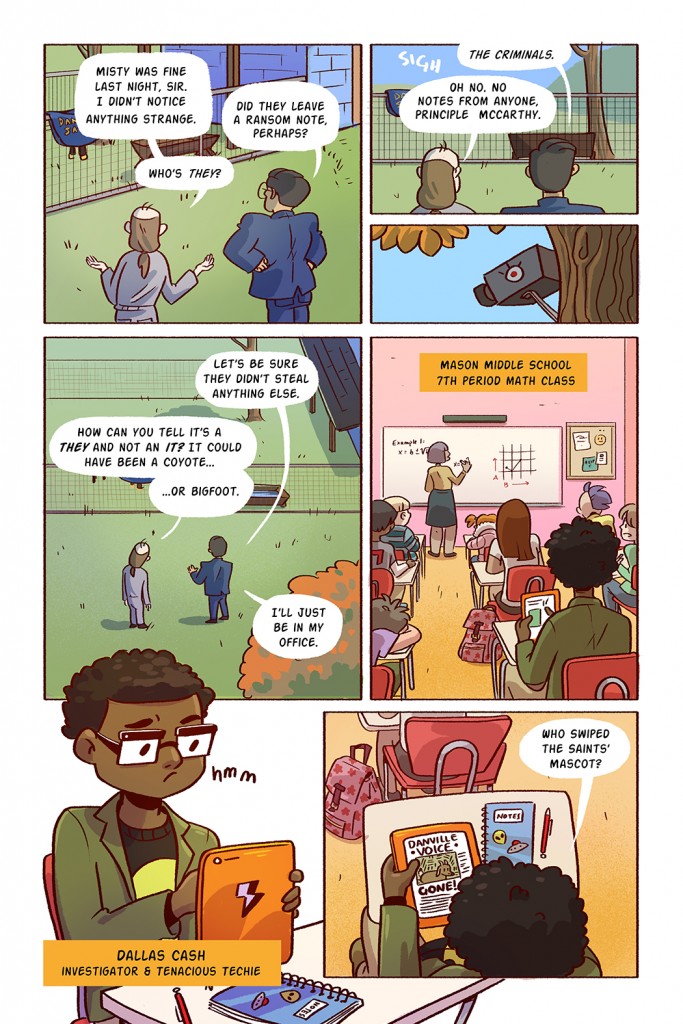 That’s why Cash & Carrie was created. I wanted to show comics readers, publishers and anyone that’s willing to listen that it’s possible to create a comic book that not only has diversity in characters on the page, but also diversity in the creative and publishing process. People are out there looking for diverse, all-ages comic books that may not be in an average comic book shop, and Kickstarter presents an option for everyone to check out the book, and get want a copy.

Created by myself, writer Giulie Speziani, and artist Penny Candy Studios, Cash & Carrie is about Dallas Cash and Inez Carrie, two middle-school detectives who attempt to solve mysteries for schools all around the world. Dallas is a tech junkie and believes in the supernatural while Inez is the captain of the wrestling team and is a realist. They may disagree on who, what, why and where, but no matter what, Cash and Carrie are best friends.

Inspirations for this all-ages comic book include Disney’s animated series Fillmore, Scooby Doo, the Hardy Boys, Nancy Drew, and the X-Files. We created Cash & Carrie because we wanted to see more diversity in all-ages comics and feature kids of all kinds. There’s still a big lack of color in mainstream comic books, especially in leading roles and there’s an absence of fun adventure/mystery filled books for all-ages audiences. There are very few (if any) comic books with positive Black and Latino lead characters that you can actually hand to a kid and feel comfortable in letting them read it. 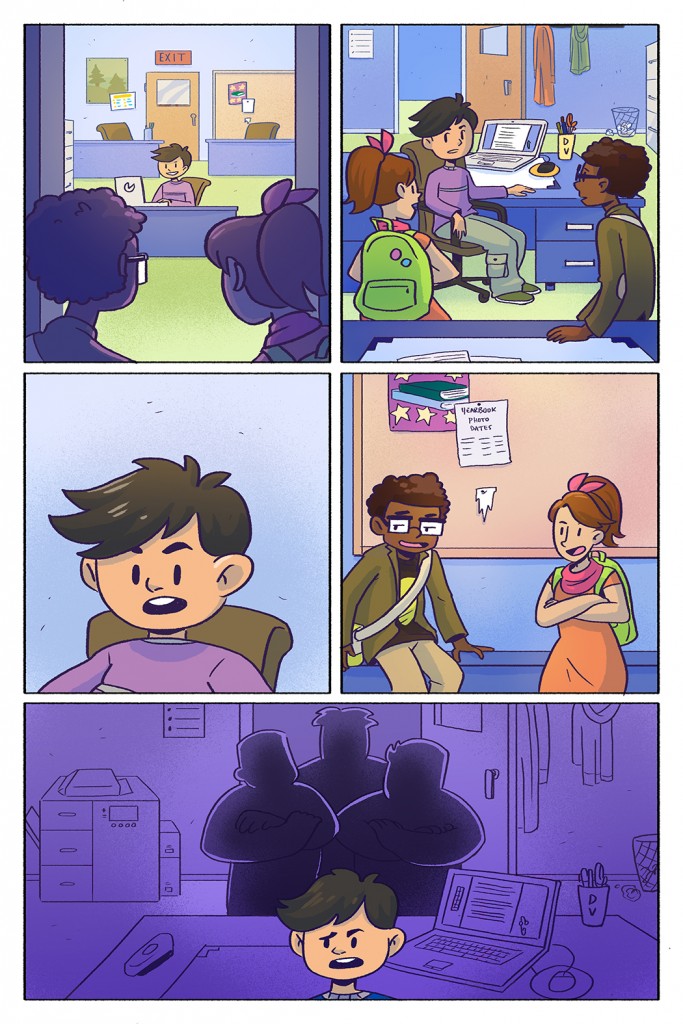 The premise of the “debut” Cash & Carrie comic book is as follows:

In their debut comic book, the strange disappearance of a school mascot, Misty the Goat, has left a small town without answers. Luckily junior high school friends, Dallas Cash and Inez Carrie are on the case! With the help of a few friends and some intriguing clues, they narrow down the list of possible suspects… or did Misty magically vanish into thin air? If there’s a mystery to be solved, look no further than Cash and Carrie!

I’ve always wanted to work on a comic book with Giulie and Penny. Giulie has a knack for writing great characters, and I can’t stress enough how happy it makes me to have the kids in this comic sound like actual kids. Penny’s artwork has a look and style that catches people right away and draws them in to wanting more, so it’s great to see her flexing her artistic skills on each page. Her art is reminiscent of current cartoons which are popular on Cartoon Network. 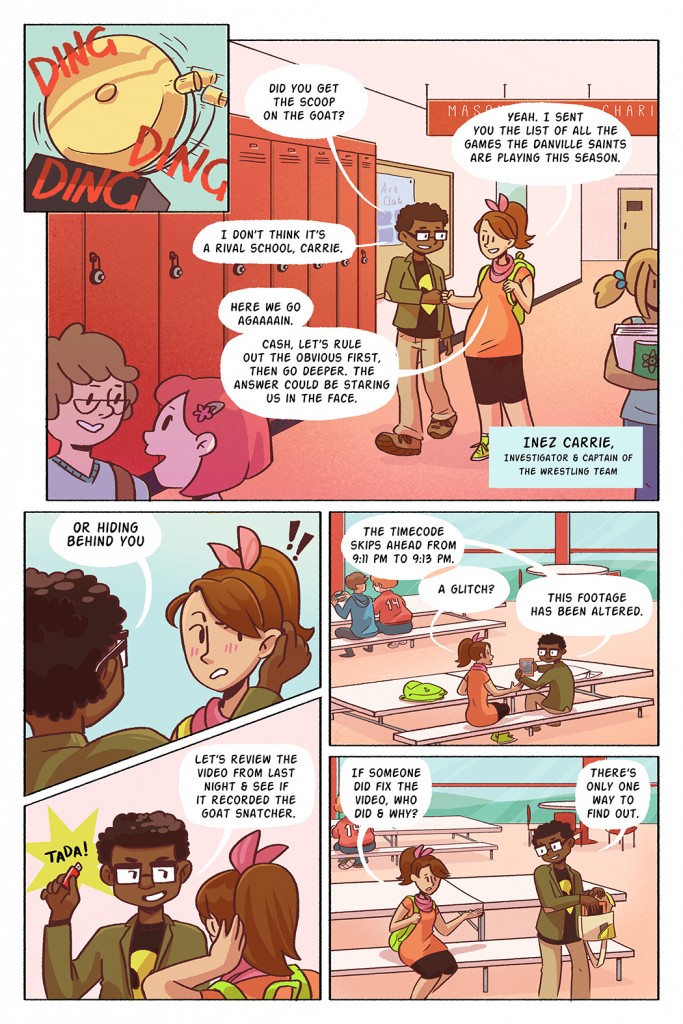 If you’re curious about my publishing and creative experience, I’ve had many types of jobs and roles. I started back in 2005 independently publishing my own comics, to later serving as a co-founder, president, director of digital development and even vice-president for publisher Action Lab Entertainment from 2010-2014. Over the last decade I have learned many aspects of publishing and making comics, and now I’m making the attempt to bring something new to the table under my own label, Crowntaker Studios.

The amount of positive feedback for Cash & Carrie via social media and other media web sites since the Kickstarter launched a few weeks ago has been incredible and is continued proof that people want diverse, all-ages books. We were able to make a comic book with a diverse bunch of men and women without a hashtag movement, and I can’t wait for you to check it out.

Character and creator diversity in comics is not a difficult thing to do.

[Editor’s Note: Here’s a few more Cash & Carrie covers to feast your eyes on. You can read up more on the Kickstarter right here.] 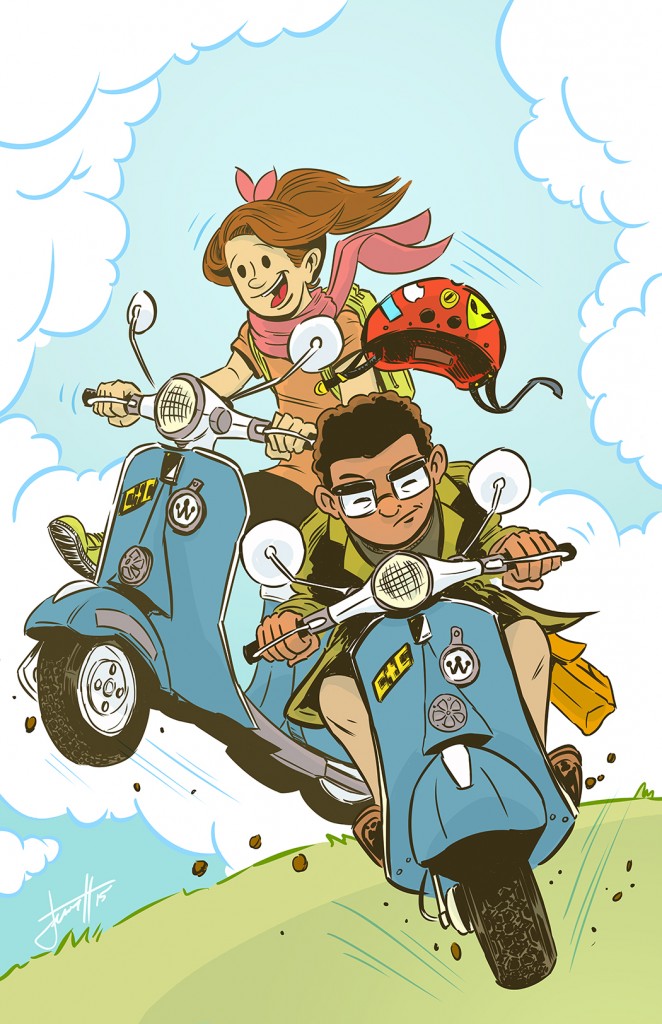 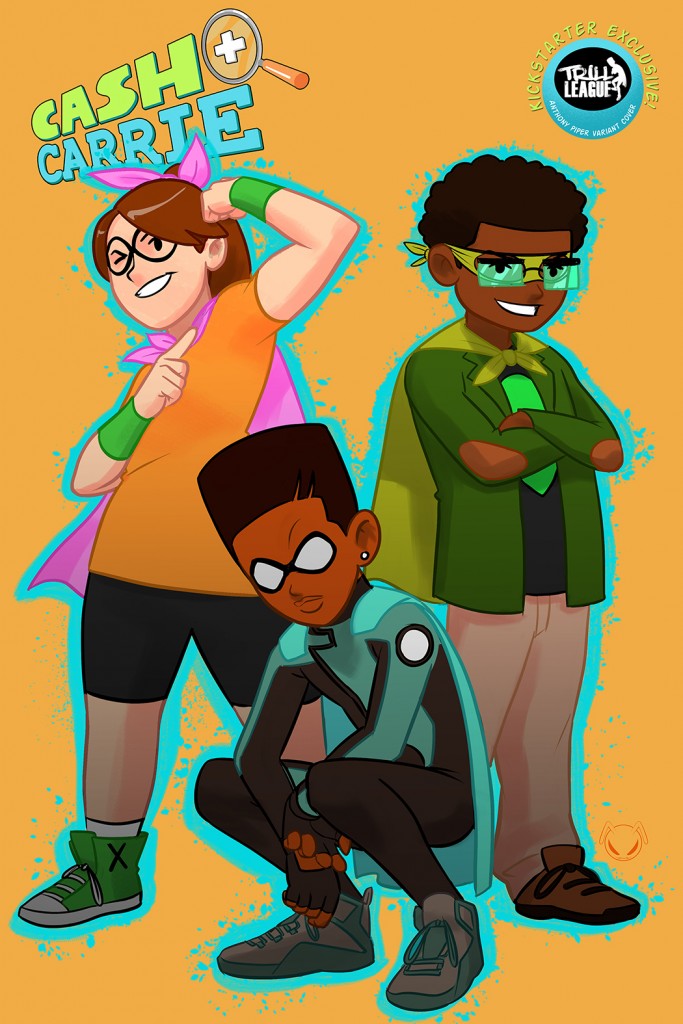 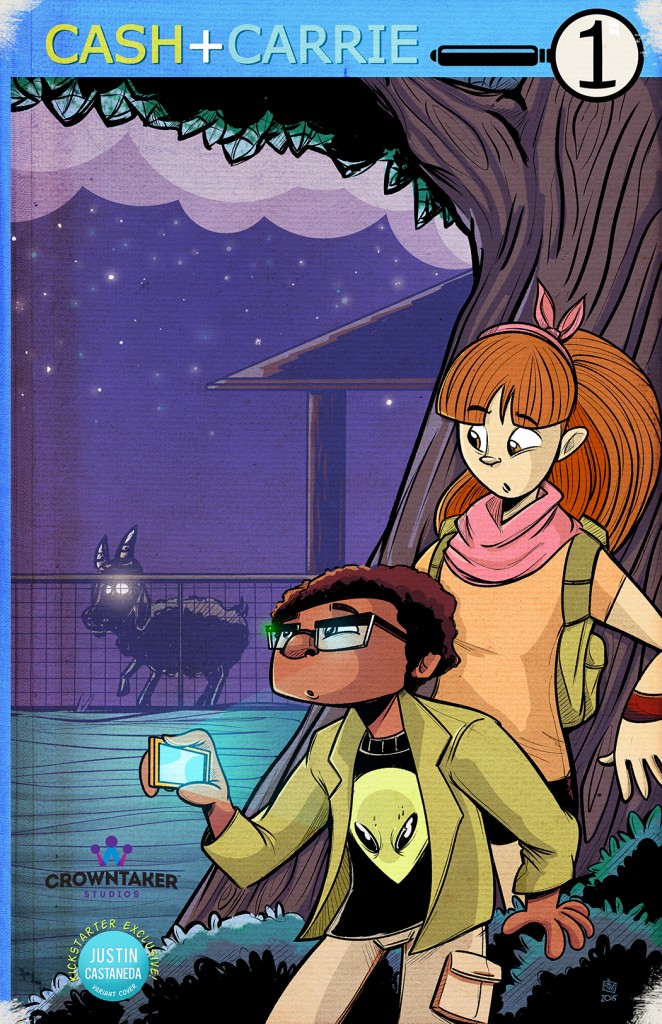 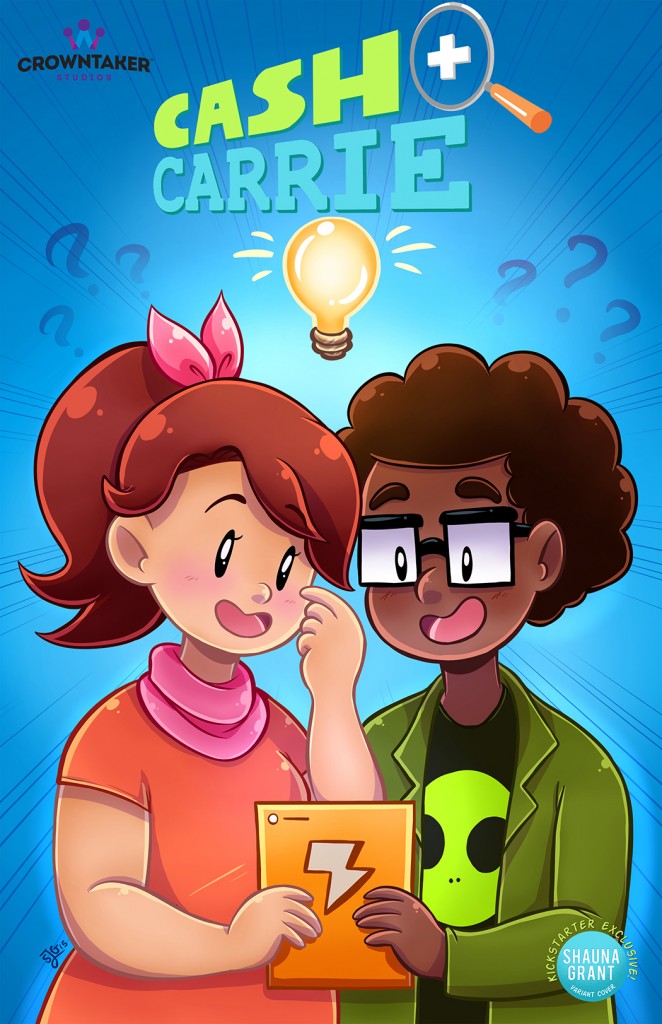