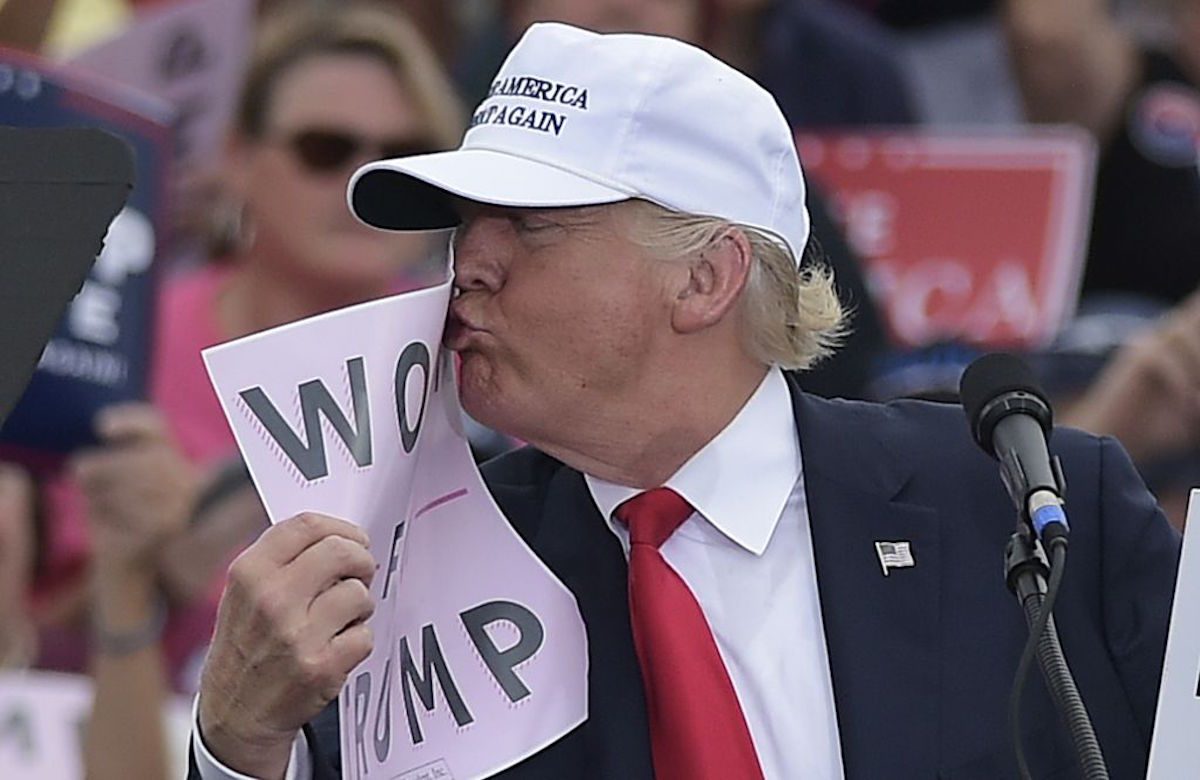 Back in April of 2018, Donald Trump’s administration very quietly and unceremoniously changed the definition of domestic violence, and it’s not clear why.

Under President Obama, domestic violence was defined “as a pattern of abusive behavior in any relationship that is used by one partner to gain or maintain power and control over another intimate partner.” According to the Department of Justice, “Domestic violence can be physical, sexual, emotional, economic, or psychological actions or threats of actions that influence another person. This includes any behaviors that intimidate, manipulate, humiliate, isolate, frighten, terrorize, coerce, threaten, blame, hurt, injure, or wound someone.”

Last year, the DOJ, then still headed by racist elf Jeff Sessions, reduced that expansive definition to a single short paragraph. Now, domestic violence is defined as “felony or misdemeanor crimes of violence committed by a current or former spouse or intimate partner of the victim” or someone with another specific relationship, such as sharing a child or cohabitating with the abused.

The administration also altered the previous definition of sexual assault to be defined now as violations of federal, state, or Tribal law. This happened, again, in April of 2018, which Trump himself declared to be Sexual Assault Awareness Month.

To reduce domestic violence to only include physical violence as defined by felony or misdemeanor criminal charges is an incredibly dangerous step that only serves to make it much more difficult for victims and survivors of abuse to come forward, or even to recognize that they are being abused. As Natalie Nansi, who reported on this previously unnoticed redefinition earlier this week, wrote in Slate,

A domestic violence relationship rarely begins with physical violence, much less violence that rises to the level of a crime. If you were punched on a first date, odds are there wouldn’t be a second. Intimate partner abuse is insidious: Emotional and psychological abuse escalates to physical violence as an abuser’s need and/or ability to exert power and control increases.

Nansi also notes that this move makes sense for Trump’s image of being a “law and order” president. He wants to give the impression that he’s tough on violent crime. But these changes aren’t meant to actually help victims of domestic violence. (Indeed, Trump and Jeff Sessions have proven time and again that they do not care about these issues. Sessions, as just one example, specifically declared domestic and sexual violence to not be grounds for seeking asylum.)

While the Obama-era definition worked to prevent domestic violence from becoming physical, Trump’s “tough on crime” mentality has no understanding of or use for preventing violence. How can he play the role of the tough sheriff if there are effective policies in place to prevent violence in the first place?

According to the Centers for Disease Control and Prevention, 43.6% of women (nearly 52.2 million) report experiencing some form of sexual violence in their lifetime. 36.4% of women have experienced contact sexual violence, physical violence, and/or stalking by an intimate partner. 43.5 million women have experienced “psychological aggression” from an intimate partner. More than half of female homicide victims are murdered by an intimate partner.  As Nansi writes, “If we do not acknowledge the ‘small’ things—yelling or screaming, name-calling, and controlling or monitoring communication and social media—victims may not realize they are in danger until it is too late.”

Additionally, as we’ve seen far too many times, there’s no greater indicator of the potential for mass violence than a person’s past abuses of women, specifically intimate partners.

We all, then, should have a deep interest in preventing domestic abuse at every step, especially before it turns violent. Donald Trump and his administration have long proven that they only care about women and violence against women when they can weaponize their narrative to fit an agenda. Even so, the decision to limit the definitions of domestic violence and sexual assault seems needlessly cruel.

If you need support, advice, or information regarding domestic or sexual violence, you can reach the free National Sexual Assault Hotline 800.656.4673 or visit RAINN.org or safehotline.org.