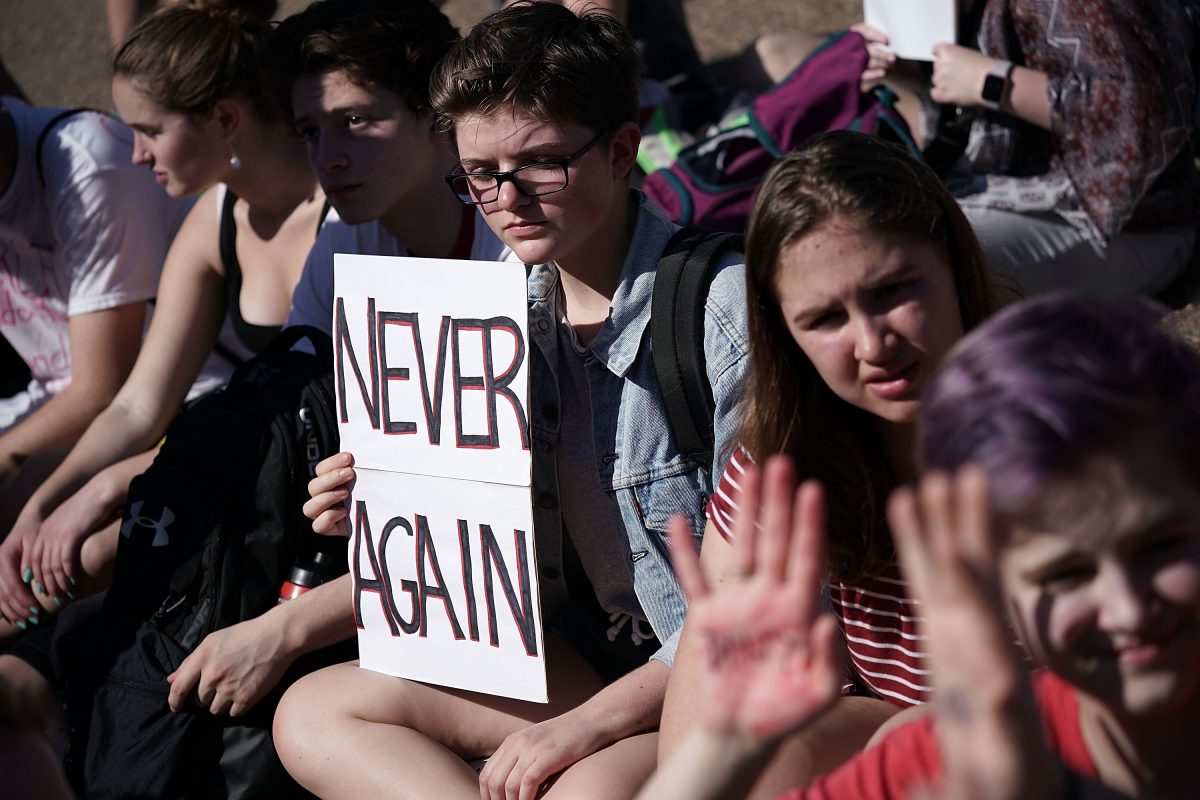 Oregon has become the first state to pass a piece of gun control legislation since the shooting in Parkland, Florida that left 17 high school students, teachers, and staff members dead. And the specific bill they’ve passed has the potential to go a long way to preventing acts of gun violence in the future.

Federal law already prohibits anyone who had been convicted of domestic abuse from purchasing or possessing guns. However, Oregon has now closed what’s known as the “boyfriend loophole” or “intimate partner loophole” by expanding the terms of what is included in the definition of domestic and partner abuse. Previously, the ban on buying guns was limited to spousal abuse, requiring the victim and their abuser to be married, living together, or have a child together.

This law is incredibly important because as we’ve seen time and time and time again, there is perhaps no more consistent throughline among these perpetrators of mass shootings than their history of abusing women, especially their romantic partners. The Parkland shooter was reportedly abusive towards his ex-girlfriend and became violently jealous following their breakup. The Las Vegas shooter had a history of regularly publicly berating his girlfriend. The Orlando shooter had a history of domestic abuse. As did the man who opened fire on a congressional baseball practice last year. And the man who shot up a Colorado Planned Parenthood in 2015. And the man who drove his truck into a crowd in Nice, France on Bastille Day in 2016.

That’s only a handful of recent examples, but it’s truly rare to see a perpetrator of mass violence who doesn’t have a history of violence against women. Studies have shown that there is no greater indicator of future violence than a domestic violence conviction. 54% of mass shootings involve partner or family violence, with the shooter killing or injuring a partner or family member. And when an abuser has access to a gun, his victim’s chance of being murdered increases by 500%.

If we want to prevent more incidents of mass gun violence, this seems like an obvious place to start.

The federal law has a number of failings, in addition to the intimate partner loophole. For example, convicted abusers are not forced to surrender their guns and only a handful of states have laws facilitating the reporting of convicted abusers to be added to databases used for gun sale background checks. Clearly, there’s a lot to be done in this area, but hopefully more states will follow in Oregon’s steps and take action when it comes to partner violence and the threat abusers pose to the women in their lives, as well as the general public.