Pennsylvania Man Survives Chainsaw to the Neck, Lives to Tell About It, Earns Geekosystem’s Admiration

We haven't 100% ruled out that he's really a Highlander though. 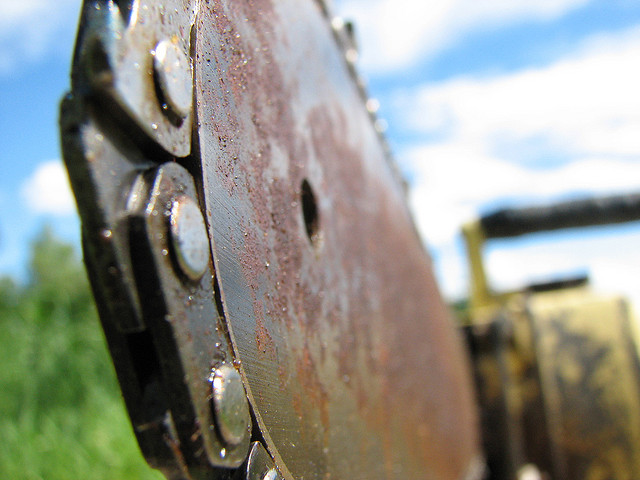 Just another normal day on the job, doing your usual tasks, sawing some wood, when suddenly the chainsaw you’re using gets out of control and attacks your neck. That usually ends in tragedy, but for James Valentine of Pennsylvania it ends in everyone thinking you’re a total badass. He survived.

While on his job at Adler Tree Service in Pennsylvania, Valentine was working on a pine tree when the chainsaw “kick backed” and sawed through his flesh instead of the wood. Luckily for him, major arteries were avoided and the quick thinking from his fellow co-workers saved his life. His colleagues were able to detach the blade from the motor and wait for emergency responders, who showed up promptly. After Valentine arrived at the hospital and was put under anesthesia, the blade was removed and he received 30 stitches.

Keeping the saw in his neck is actually what saved Valentine’s life — otherwise, he would have bled to death. So three cheers for smart workers, prompt responders, and to being alive.

(via CNN, image via kimmo tirkkonen)