Maine? This happened in Maine? You're 100% sure this wasn't Florida? It sounds like Florida. 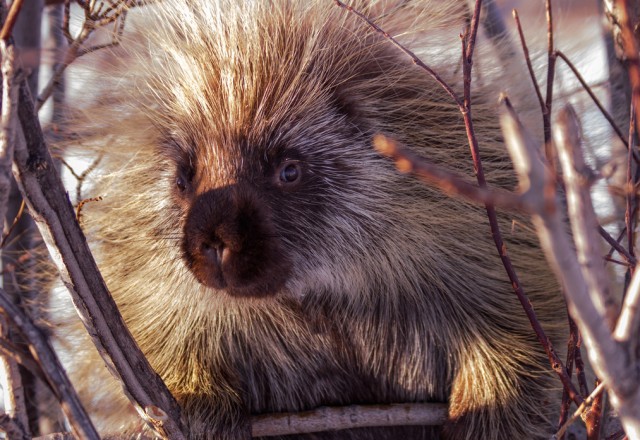 A man in Lisbon, Maine rescued a baby porcupine over the weekend. If we just stopped there this would be an adorable story, but every detail of this thing gets progressively weirder.

The man in question here is Jared Buzzell, and he was out searching for wild mushrooms, as one does, when he saw a porcupine hit by a car. He pulled over to check on the animal, and when he realized it was dead, he decided to cut it open… for reasons?

The reason he decided to cut open a dead porcupine on the side of the road is that his uncle told him about bezoar stones—mineral stones porcupines grow in their gastrointestinal system. Buzzell’s goal was to harvest the dead porcupine’s bezoar, because it’s a valuable ingredient in alternative medicine.

Instead, Buzzell found that he was already halfway into an emergency accidental C-Section, because the dead porcupine was pregnant. He removed the baby, which he thought was also dead, and placed it in a hat. (Please tell us you’ve since thrown that hat away.)

Then, for some reason he decided to start massaging the “dead” baby, which then started moving. You can see video of the baby porcupine and Buzzell talking about the event in this video from ABC affiliate WMTW. (At no point does he explain why he started massaging a dead baby porcupine.)

(WMTW, via UPROXX and Jill Pantozzi, image via Heidi Schuyt)