CBS Has a Brilliant Idea: A Modern Take on Sherlock Holmes! Hey, Wait a Minute … 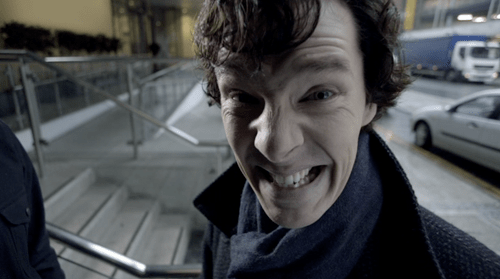 In keeping with the American tradition of ripping off good British things, CBS has announced that it is developing its own Sherlock Holmes series. It’s hoping to capitalize on the success of the Robert Downey, Jr. movie and claims to be a “modern take” on the classic detective story. Because there’s nothing like that on TV at the moment … except for that BBC show that’s exactly like it.

Right now, the only news is that a pilot script by Rob Doherty of Timberman/Beverly Prods. (and has written for Medium and Tru Calling) has been purchased and that it’s being described as a “drama project.” But it has some people wondering why CBS would want to movie forward when there is already a perfectly good Sherlock series on the air, awaiting a second season? Sure, the Sherlock Holmes story is a fun one, but with one successful movie, a sequel to it on the way (this December), and the aforementioned BBC series that airs on public television in the states (as well as on BBC America), is there really a need for more Sherlock? Is this a question that only Sherlock Holmes could answer?

For his part, the showrunner of Sherlock (and Doctor Who), Steven Moffat has weighed in on Twitter:

Maybe CBS thinks the name “Benedict Cumberbatch” is unappealing to Americans? Who knows. It’s a mystery. (Hehehe, see what I did there?)