The Hunger Games: Catching Fire Moves Filming To Hawaii, Can You Guess Why? 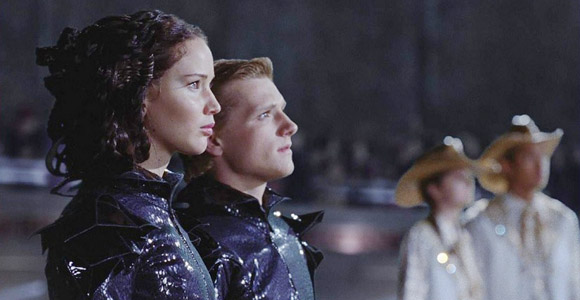 We’ve seen remarkably few pictures from the set of The Hunger Games: Catching Fire, which is pretty unusual this day and age, but then I thought it would probably just be a lot of green screen anyway. The cast and crew are filming in Atlanta, Georgia currently but the plot of Suzanne Collins’ second book requires a completely different look. But we’ve just found out, instead of trying to transform Atlanta, Catching Fire is now headed to Hawaii. Those who’ve read the books can probably figure out why but spoilers for the reason are ahead.

We recently found out the director of Catching Fire, Francis Lawrence, had signed on for the final two films in the series and it looks like he’ll get a nice vacation soon. On Location Vacations keeps track of filming locations and posts regularly about updates. Today they’ve got news courtesy of North Carolina news anchor Russ Bowen. They say he “was the go to source when The Hunger Games was filmed in his state last year.”

Thanks to a few tweets from the anchor, we know the cast is headed to Hawaii. OLV writes, “According to Russ, Catching Fire will wrap production in Atlanta on November 20th and travel to Oahu, Hawaii on November 26th. He added the movie will film at Waiehee & Heeia State Parks, Kawela Bay, Paradise Park, and Kawela Bay in Hawaii.” They add that they can’t confirm the exact locations, and the Hawaii Film Office hasn’t updated their page to list Catching Fire yet but that the Hawaii move is definitely happening.

So what does this mean? [SPOILERS] It means Jennifer Lawrence and Josh Hutcherson are about to get pruney. In the book, the Hunger Games arena is different each year and for the Quarter Quell it’s a jungle-like area with a beach and lots and lots of salt water.

Sounds like Hawaii was a good choice. Now for the love of god, give us more pictures! November 22, 2013 is so far away!

(via On Location Vacations)