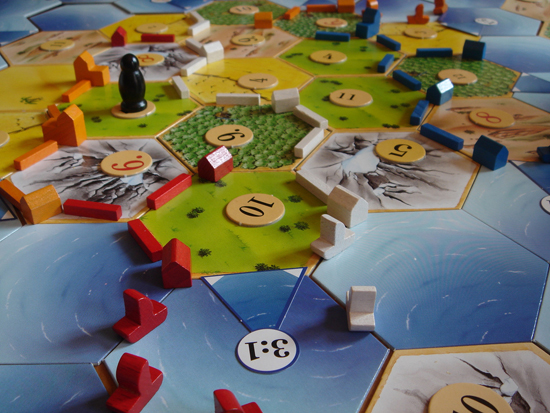 Settlers of Catan is serious business. The board game, from Mayfair Games, has attracted a significant following in some circles and even has its own worldwide championship tournament, aptly named the World Wide Catan Championship. One of the qualifier tournaments for the World Wide Catan Championship was actually held just this past weekend at GenCon in Indianapolis, Indiana. Meet Alex, the man who won that qualifier and pictured to the right in this image. Unfortunately, Alex won’t be able to attend the world championship because his wedding is the same weekend.

First of all, kudos to Alex for busting most hardcore gamer stereotypes in a single blow. Second, the headline is mostly a joke, but you’d think that his significant other would at least give serious thought to helping him reschedule. After all, instead of marrying the winner of a qualifier, she could be marrying a world champion. Besides, how often does one get this kind of chance? If Alex’s spouse is really there to last, they’d be willing to forgive him.

The World Wide Catan Championship 2012 unfortunately occurs from September 14th to September 16th in Valley Forge, Pennsylvania — which means, with less than a month to go, rescheduling the wedding would actually be an epic pain the size of which we here at Geekosystem can only imagine. Alex may not get a shot at the championship, but given that he’s getting married instead, it’s hard to say he isn’t a winner.