"This catnip latte is not what I ordered." 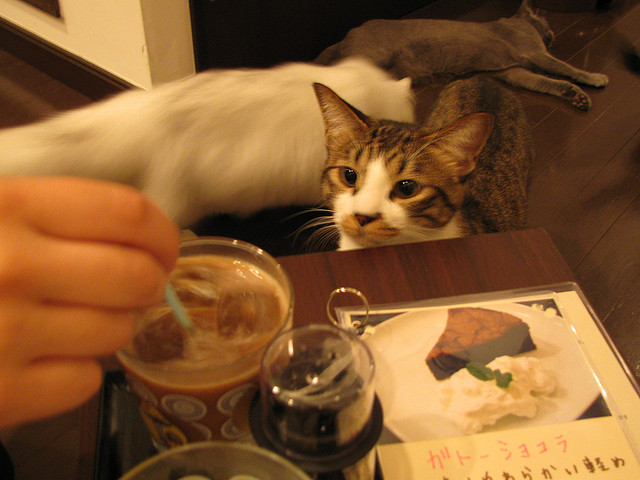 Good news for people who live in the New York Metropolitan area and will drop everything for the chance to pet a cat! Starting at the end of this week, our fair city will (temporarily) be home to its very own Cat Café.

First made popular in Japan, the Cat Café is exactly what it sounds like — a place where you can pay to drink overpriced coffee-based beverages and hang out with cats, most of whom are generally available for adoption. While the concept has been slow to make its way here to North American cat lovers, there is one planned for Montreal and another scheduled to open in San Francisco. However, with a grand opening set for this Thursday, April 24th, the New York-based café will be the first of all of them to actually open.

Of course, cat café enthusiasts might be upset to know that this is actually a publicity stunt by Purina One and not an actual sustainable business endeavor. While it will serve coffee and feature cats rescued by the Long-Island based North Shore Animal League, it will only operate at a pop-up space at 168 Bowery until Sunday the 27th.  That’s right, you have just three days to get in as much snuggle time as humanly possible. Expect an intense and very professional exposé from us sometime later in the week that will be full of totally serious journalism and certainly won’t have anything to do with us wanting to pet kittens for work.

(via Gothamist, image via Vanessa Smith)