Is Tom Hardy Your New Snake Plissken In The Escape From New York Reboot? 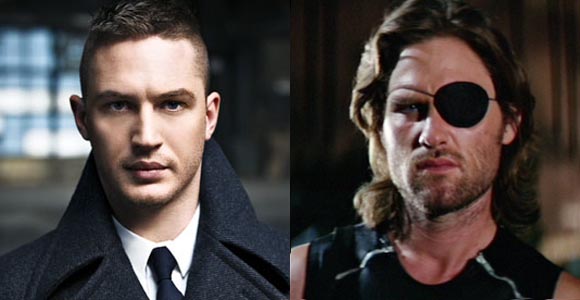 Yes, we already heard an Escape from New York reboot was in the works but some big names have been thrown into the ring for the lead role. Tom Hardy among them. Hit the jump to find out who else might play Snake Plissken.

“Jason is the type of actor who has the physical attributes and screen presence to reprise Snake,” said a Hollywood insider close to the film’s producers. “He has a proven track record as a leading man and would do a great job.”

But, our insider adds, “Tom was immense in ‘The Dark Knight Rises’ and deserves to get a break in a top role. This could put him firmly in the A-list.”

The Daily News also mentions Gerard Butler and Jeremy Renner were up for the role but that was before Silver Pictures and Studio Canal took over. The reboot is said to be aiming for a trilogy and to tell Snake’s origin story.

While I could see any of those four actors in the role, Hardy seems the most unlikely to me only because he’s set to star in the title role for Mad Max: Fury Road. Another reboot and one with the potential for sequels.

I know many of you didn’t like the reboot idea to begin with but could you be happy with any of these guys as Snake?