The letter was sent before season 4 was cancelled due to COVID-19. 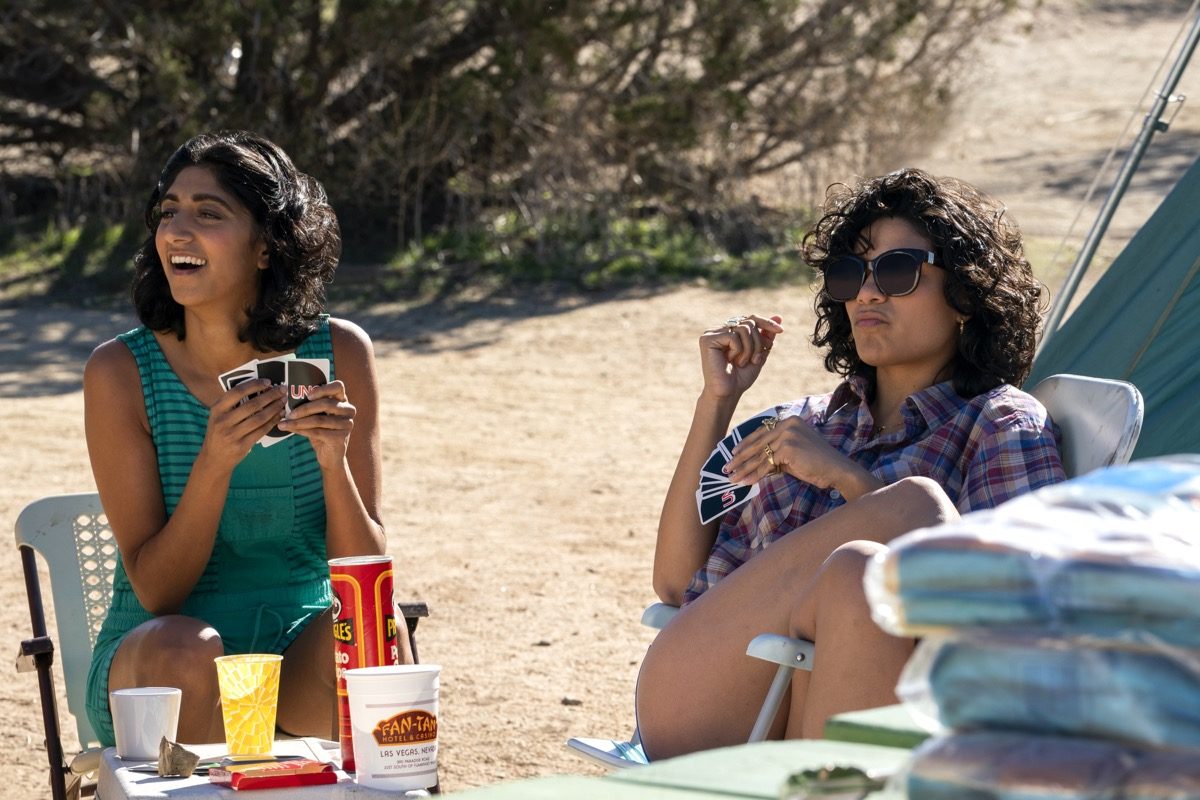 Fans of the critically acclaimed Netflix series GLOW were devastated to learn that the fourth and final season of the womens’ wrestling series was unceremoniously cancelled due to COVID-19. It was a shock for the cast and crew as well, as the series was already almost a month into filming.

Now, the six WOC cast members are sharing a letter they wrote to the producers and Netflix about issues of diversity and inclusion within the show. The letter was signed by Sunita Mani, Sydelle Noel, Britney Young, Shakira Barrera, Kia Stevens, and Ellen Wong. Mani posted the letter to her Instagram, where she wrote that in light of the Black Lives Matter protests during the spring, she and her castmates “grappled with our value as women of color against a system and industry that values whiteness.”

She continued, “Through the incredible strength and inspiration of us 6 women coming together, my job and my opportunity was to hold my show accountable. I couldn’t have done this alone. And I would never want to.”

Mani wrote that the letter lead to several personal Zoom conversations, and that positive changes would have been made in the fourth season. Mani adds, “Season 4 would have been such a catharsis; posting this is acting as some personal closure for me.”

**A statement on GLOW** I want to relay the above in hopes of transparency making things better for all. I made a joke about that recently and now I’m asking you to take me seriously, sorry! The above is not posted to save Glow, it’s just some personal stuff that we want to share. I loved playing Arthie Premkumar❤️

The letter itself delves into the experience of the six women of color, who in the show were relegated to racist and stereotypical wrestling personas, like Mani’s “Beirut” and Wong’s “Fortune Cookie.” And while the series delves into the wrongness and emotional toll these personas have on the characters, the actresses themselves were feeling marginalized on the show. The letter reads,

“GLOW has been marketed as a diverse ensemble, but for all of us diverse cast members, it has never lived up to these ideals. Since Season 1, the show has planted racial stereotyping into our character’s existence, yet your storylines are relegated to the sidelines in dealing with this conflict or have left us feeling like checked-boxes on a list. Unfortunately, we feel that the promise of this show has not been fulfilled. There is incredible support, love, and camaraderie amidst the ‘GLOW’ cast, and it should go without saying that we are not here to take down our white castmates or our show, but to elevate us all in a deeper, more significant way.

With zero persons of color in the writer’s room this season, it is a huge oversight to be writing our narratives without anyone else to represent us besides ourselves … The meta-narrative of our show — actors dealing with the conflict of perpetuating stereotypes in order to have opportunity — is exactly what is happening in our real life.”

The situation comes across as a Russian nesting doll of ignorance and the dismissal of WOC voices. In the letter, the six actresses request that the show hire an executive producer or a consulting producer of color, and for season 4 to “fully address how portraying stereotypical and racially offensive wrestling personas has impacted our character’s professional lives and personal dignity.” They also requested to be treated like equal members of the ensemble, and not side characters.

And apparently the producers and Netflix not only listened, but they planned to incorporate these changes in season 4. It is frustrating and demoralizing that these actresses never got to see their changes come to life, and that audiences were denied a satisfying and cathartic ending for the series.

Ellen Wong wrote on her Instagram, “This is GLOW’S real ending, one where we acknowledge how f’d up the system really is, that we’re all a victim of it, that we all have blind spots, and that we can’t always be perfect … The intention of this letter was to elevate us all, and luckily, we got to do that through the process of writing it and collaborating with our showrunners on creating change together.”

I could not have done this alone. Hand in hand with my GLOW sisters, and our Showrunners, we did this together. It was tough, because we got real, but we were listened to. We are so proud to share this together. Please swipe to read my statement and our letter. I love you, Jenny Chey! 💖💖💖

Apologies for the small print, and the commas and run on sentences. But, I have finally found the words I want to say about Glow being cancelled, and it’s with sorrow and extreme pride that I am ready to say them! ❤️❤️ #glownetflix

• P L E A S E R E A D • I finally put my words together to say my farewell… I knew there was a part of the show that needed to be addressed for me to be 💯 percent proud of it and now that the weight is lifted off of my shoulders for telling my truth, we won’t get to see what could have been. THAT saddens me, more than anything.

****PLEASE READ MY FULL STATEMENT ABOVE REGARDING GLOW**** Sorry for the small print! And that my computer doesn’t recognize LATINX!!!! This is not an attempt to save the show, but rather, a completely transparent agenda that I hope gives you the fans, friends, and family some closure too. ENJOY. Love, your favorite women of color :)❤️❤️❤️❤️

For and to our fans of #GLOW