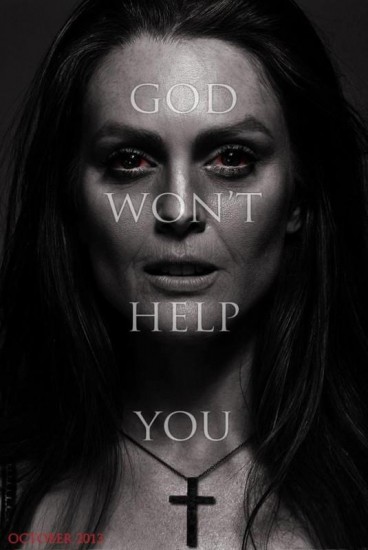 The Carrie remake has a new release date, October of this year, and that was probably a good idea. Scary things and October just make sense and all indications point to Carrie being very, very scary. For instance, this new poster featuring Carrie’s mom played by Julianne Moore. I’ll be under my covers if anyone needs me.