Brace Yourselves: Julie Andrews, Tina Fey, Amy Poehler, and Carol Burnett Will All Be On Your TV Together This November 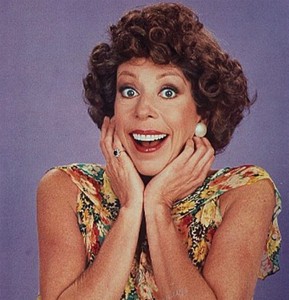 Back in May it was announced that Carol Burnett would be awarded the Kennedy Center’s annual Mark Twain Prize For American Humor  (‘Bout. Darn. Time). Now we know that when the ceremony airs on PBS on November 24th it’ll be filled with the likes of Amy Poehler, Tina Fey, Tony Bennett, and Julie “Julie Flippin’ Andrews” Andrews talking about how great Burnett is. Also on hand will be The Carol Burnett Show co-stars Tim Conway and Vicki Lawrence. So set your DVRs (or, y’know, make a mental note to keep your eyes open for YouTube clips the day after), because it’s gonna be great.

Tangentially speaking: How is Carol Burnett just getting the Mark Twain Award now? Not to discount previous winners like Fey and Will Ferrell, but… she’s Carol Burnett! Ah well. All will be made right later on this year.