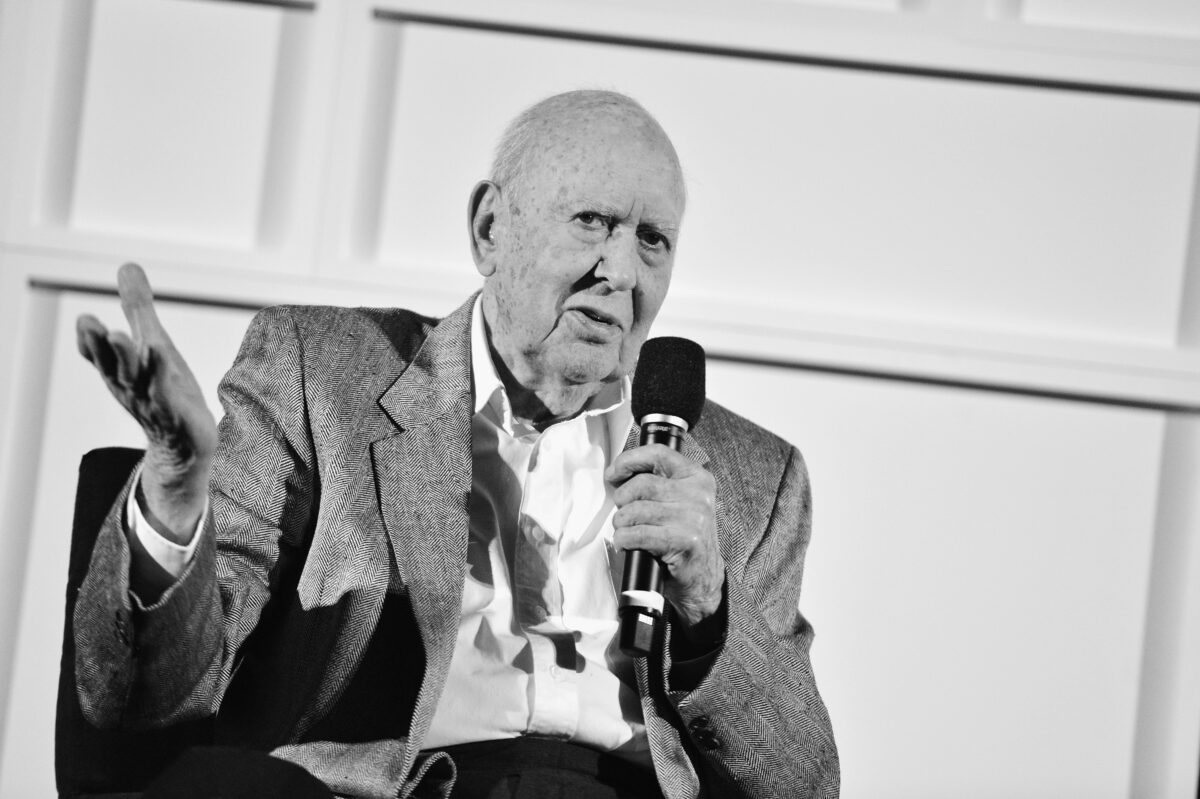 It is rare when writing up the passing of an entertainer that you can truly and without reservation call them a legend, but Carl Reiner was a legend. Reiner died last night at the age of 98 at his home of natural causes and he leaves behind a legacy of humor and warmth and accomplishment that is unmatched.

Reiner was a writer, actor, director, and comedian. He got into acting as part of a works project administration class in the Depression, created the iconic Dick Van Dyke show in 1960, and helped to change television and redefine comedy. He won over audiences in a comedy partnership with Mel Brooks with their “2000-year-old man” routine. He directed wonderful films like Oh, God!, The Jerk, and one of my all-time favorites, All Of Me. He acted in films from The Russians Are Coming! The Russians Are Coming! all the way to the Ocean’s Eleven franchise and even a voice in Toy Story 4.

But what Reiner was, beyond a comedy icon, was a truly good man who inspired love and admiration in everyone he worked with. He was an unabashed supporter of progressive causes all the way to his death, and he meant to world to his family, which included his son Rob, who followed him into directing, and his best friend, Mel Brooks, with whom he shared dinner nearly every night.

Praise and condolences flooded social media to mark the passing of this icon.

My idol, Carl Reiner, wrote about the human comedy. He had a deeper understanding of the human con
dition, than I think even he was aware of. Kind, gentle, compassionate, empathetic and wise. His scripts were never just funny, they always had something to say about us.

Last night my dad passed away. As I write this my heart is hurting. He was my guiding light.

R.I.P. Carl Reiner. Growing up Carl was like a second dad to me. He was the greatest. Not just as a comic legend but as a man. There was no one else this funny and this nice. I loved him.

He was one of the greatest comedy minds of our time. And one of the kindest people I’ve ever had the pleasure of meeting. RIP Carl Reiner.

One of the greatest moments of my life was sitting in Mel Brooks’s office as he called #CarlReiner in front of Billy Crystal and I and proceeded to wind him up for 30 minutes as they both made fun of my name and said it needed an extra consonant. pic.twitter.com/lGh9ux3cSi

Rest In Peace. An incredible actor but more importantly, an incredible human being and American. 😔🙏🏾 https://t.co/rr39OTgnVg

@carlreiner was a gift to us all.
Hilarious,brilliant and always a gentleman. My relationship with him will always be cherished. He was a hero to me and all of us in comedy have lost a giant. All my love to Rob and the family.

A picture of Carl Reiner with daughter Annie and recent birthday boy, Mel Brooks all in Black Lives Matter shirts. Fourteen hours ago, he tweeted a multi-part appreciation of Noel Coward. Reiner turned 98 in March. That’s a lot of time spent being a good human. pic.twitter.com/Da1mmPpeFM

It’s hard to think of many people who were as funny as long as Carl Reiner. He made me laugh ’til I couldn’t anymore… then I’d laugh even harder! I wanted to be like him (only with more fur). A legendary comedian, a legendary life. Comedy – and all of us – will miss you, Carl.

Thanks for the laughter, Carl. May we all live to spread as much joy and kindness as you did.

Carl Reiner and Mel Brooks have been doing the same bit for 70 years and it’s still not old. pic.twitter.com/qIG5zYHqZg