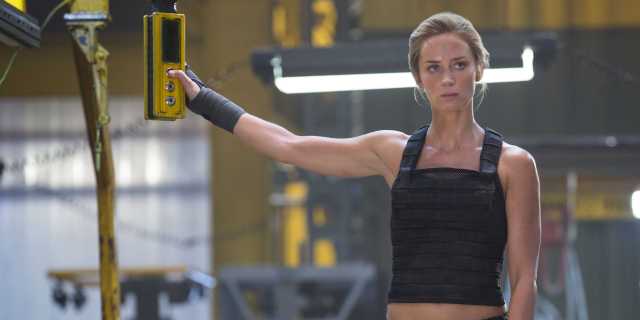 The rumors this weekend that Emily Blunt might have been cast to play Marvel’s Carol Danvers in the upcoming Captain Marvel appear to be just that—rumors. Screencrush asked her about it over the weekend, and while the actress denied any involvement with the film, it seems like she’s pretty into the idea now.

After being briefed on what the character is like (“Is she fun? Or is she just like, straight…” is the way she put it when asking about her, and even though we’re guessing she means the comedy version of straight that phrasing is still hilarious to us), Blunt commented on whether or not being Captain Marvel would interest her:

She and interviewer Mike Ryan also joked about how her recent role in Disney’s Into the Woods could lend itself well to a Captain Marvel musical (“Let’s just call Marvel about that right now.”) You can read the full exchange over at Screencrush.

What do you think? Still holding out for Katee Sackoff, or would Emily Blunt be a good choice?