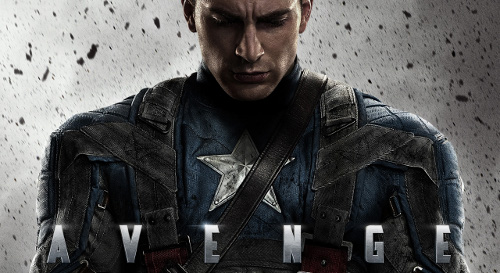 The title for Captain America: The First Avenger has been argued to be a bit too long, so there’s been speculation for a while that the title might be changed for the film’s premieres overseas–calling it The First Avenger, thus handily trying to avoid any anti-American sentiment that might halt the international public from going to see it.

Super-fans were anxious over the potential change, afraid that such an alteration would give the impression that Captain America‘s Steve Rogers is Avenger #1.

It has been revealed now, however, that Paramount simply offered foreign distributors the choice of changing the movie’s title for their audiences. The only three countries that have opted to change the title are Russia, Ukraine, and South Korea. Everyone else is keeping with the original title, which some are taking as “a sign that the brand value of the Marvel Comics hero trumps any potential anti-U.S. feelings in some parts of the world.”

Alterations in film titles are not a rare thing, and do not always revolve around issues of nationalism or patriotism:

Movie titles often are changed in foreign countries for cultural reasons or because the original names don’t translate well. In French-speaking countries, “The Hangover” and its sequel were titled “Very Bad Trip.”

So what do you think? It may be moot now, but would you have been upset if they’d changed the title?