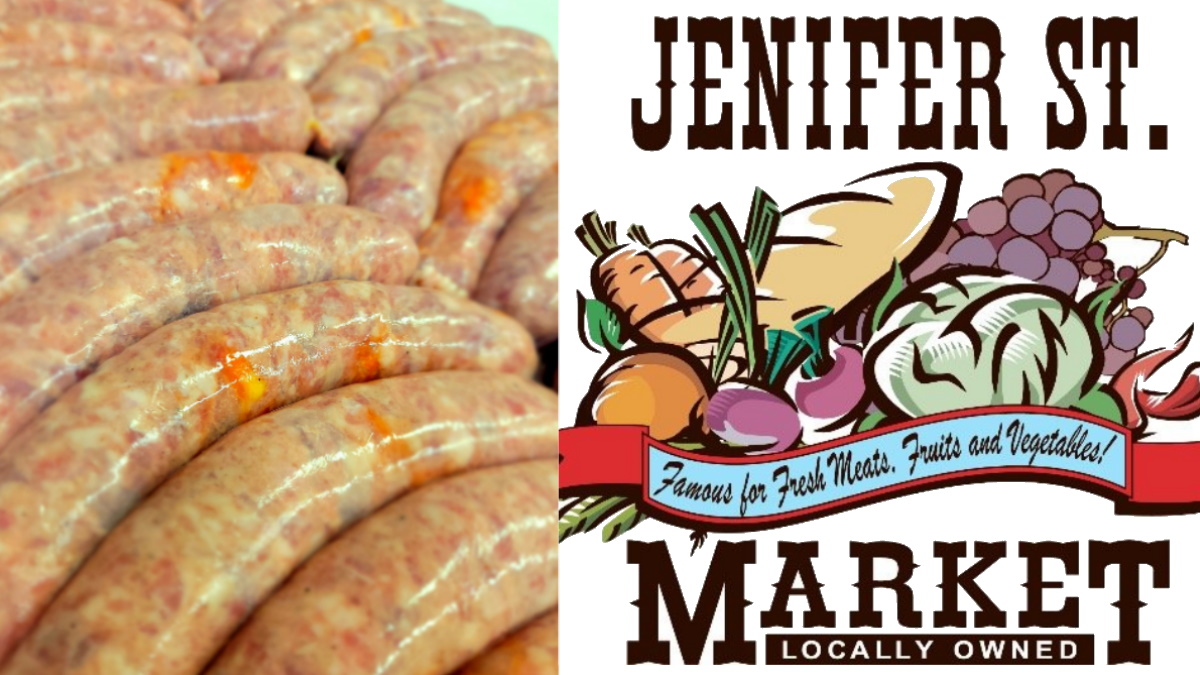 There’s also a video showing what goes into preparing the brat: candy corn, beer, and brat meat, you know, all the basic food groups?

“It’s just your traditional brat,” Justin Strassman, who’s worked with Wil Hetzel behind the butcher’s counter at the market for six years, told TODAY Food. “But we use an Oktoberfest beer in there, so there’s that caramel sweetness. We usually make the traditional brat, and we thought to change it up with candy corn.”

I will say, I’m glad (?) that the candy corn is being cooked with the meat. Hear me out on this! I imagined the folks at Jenifer Street Market piping bits of candy corn into the already made brat or taking the uncreative way out by throwing candy corn into a hotdog bun like a regular ol’ topping. To me, cooking it all together feels like a genuine attempt is being made instead of just blanching French fries in Dom Perignon so you can charge $200.

The candy corn brat is a hot ticket item and is selling twice as fast as traditional brats, according to Strassman. I’m not at all surprised as this is definitely something that would make me stop, immediately say no, start to walk away, stop, walk back to look, reflect on life’s greatest mysteries, and just, I mean …

Dawn goes on to report that this isn’t the first brat experiment that the team has tried. They’ve also tried a root beer float and supreme pizza brat, both of which were ruled out as failures. The candy corn one, however, seems to be a success—and Strassman admitted to not being sure why (but he thinks it might be the casing, which helps keep the candy corn intact).

This isn’t just a prank, bro.

CANDY CORN BRAT! 👅🤯@Isabel_NBC15 and I stopped by @jeniferstmarket on Madison’s Eastside to try this Franken-weenie! Verdict: pretty darn good! Just a little sweetness to go along with your tasty brat.

Is it weird that even though I loathe candy corn I … am curious about this?

Could this actually be a satisfying way to eat candy corn?

Or is this going too far?

Your scientists were so preoccupied with whether or not they could, they didn’t stop to think if they should. https://t.co/N76Jld7PRg