Cancún Ted Cruz Really Should Be Practicing Self-Quarantine, Not Having a Photo-Op

You can't make this stuff up. 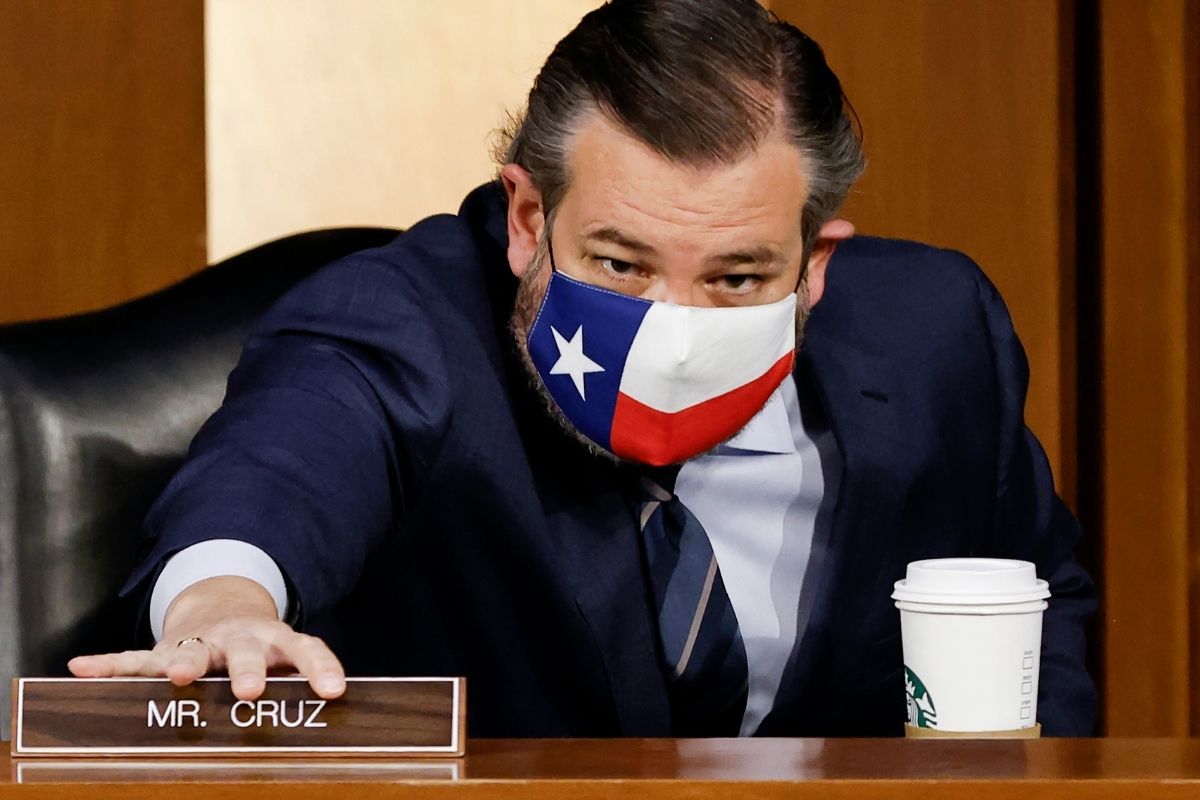 Cancún Ted Cruz thinks people can’t count or access the CDC website, if recent photos are any indication. Senator Cruz was spotted in a conveniently placed set of photos where he was loading water into someone’s car and acting concerned for the wellbeing of another. It was a stark contrast to a Cruz who, just a few days ago, went on a trip to Cancún, Mexico while his constituents were suffering through the state’s worst ice storm.

It has the same smell as Paul Ryan did when he was busted for a staged photo-op where he cleaned … clean dishes. Back in the 2012 presidential run with Mitt Romney, Ryan and his team apparently forced themselves into a soup kitchen in Youngstown, Ohio. Ryan and his family thanked volunteers, donned some aprons, and then pretended to clean to the delight of cameras around them.

What Cruz is doing stinks of the same desperation to “look normal” after the abnormal things he did this past week by visiting Cancún. Does he really think that we’ll forget the fact that just last week he abandoned his people for some fun in the sun? Apparently so. Unfortunately for Cruz, the internet is forever and the internet is here to inform him of something else: He really should be self-quarantining.

Saturday Night Live went after Cancún Cruz to our delight during Weekend Update. They pointed out everything that I’ve been thinking about this past weekend. They talked about Cruz throwing his daughters under the bus for no reason, his possible new tattoo, and his desperate attempt to look like he cares for Texans by wearing a Texas mask. And it was all *chef’s kiss.*

On a special side note, maybe Cruz doesn’t want to spend time at his house because the local mariachi band is there. Mariachi Mi Mexico was filmed playing outside of Cruz’ home and doing a damn good job. Maybe Cruz felt inconsolable pain at not having the fun in the sun he wanted and is avoiding any reminder of it. Poor Ted Cruz. How will he ever make it through his day with reminders of his failings at every turn?