Canadian Man Trying to “Destroy” Ex-Wife with a Revenge Website

He said he won't take it down until she's dead. 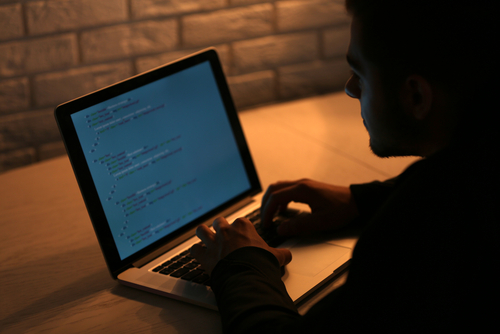 Today in internet horror stories: a man has created a revenge website that he says is devoted to “taking down” his ex-wife. The only thing that’ll make him take it down? Her death. Folks, this story’s straight out of some weird Black Mirror-esque universe and reads a bit like a horrific premise for a movie, but it’s true.

Patrick Fox created a website named after his ex-wife Desiree Capuano. On it, he’s posted stalker-esque pictures, alleges she’s a white supremacist, and just completely tries to destroy every bit of her character.

The website’s creation was the result of an ultimatum issued by Fox to Capuano. In 2011, Fox went to prison for committing perjury. He claimed he was an American, and was thus deported to Canada. It was at that point Capuano was reunited with her son. According to Capuano, Fox hid their son from her for years, keeping them separated. But when he was arrested and deported, she gained custody of the young child.

This angered Fox and he demanded that his son be returned to him after his time was up. When that didn’t happen, he created the revenge website to ruin Capuano’s life. In an interview with CBC, Fox said he would “devote the rest of my life to doing everything I could, legally of course, to ruin her life and destroy her.”

Fox distributed the website to everyone on Capuano’s LinkedIn network, and continues to share it with everyone that he possibly can in an attempt to isolate her and force her into homelessness and destitution or even suicide. She’s determined to stick it out and stay strong despite her ex’s attempts. Capuano said, “He told me once that his ultimate goal was to make me commit suicide. I won’t let him win.”

The website’s been in existence and has seen regular updates since 2014. Fox has been arrested because of it, though no charges were actually filed by the Crown. Their justification? Dan McLaughlin, who serves as a spokesman for the Crown (aka the Canadian government) said:

The actual comments used by the perpetrator in this case, we couldn’t conclude that that would cause the complainant to have an objective fear for their personal safety.

In this case, the fact the people live in different countries played a part in that assessment.

This apparently doesn’t take into account the fact that Fox has gone on record saying that he has no qualms about killing Capuano if it was legal. Said Fox:

No qualms right … means no moral dilemma. That doesn’t mean that I would actually do it. There is nothing illegal about wanting to harm someone as long as you don’t act on it.

Moreover, Fox has involved their teenage son in his war on Capuano. He regularly CCs the teen in his threatening e-mails, including one in which he talks about how he would go about obtaining explicit photos of her to post on the internet. “I’d have to hire someone to get close to you, pretend to be interested in you … gain your trust, then eventually sleep with you,” he wrote.

The website itself is a chilling example of the kind of depravity at play in Fox’s mind. For starters, right at the top of the home page is Capuano’s address, phone number, and e-mail. Below that are links to recent blog posts written by Fox as if he were Capuano detailing sexual encounters and other things. It seems to be that the idea behind this website is to make it seem like Capuano’s the one who’s actually writing these things, making people believe that she’s the one who talks about these things openly.

Because this is the internet, each of these blog posts has a comments section. There’s no way to really tell whether they’re actual comments from other people or Fox talking to himself, but this being the internet, it’s not hard to imagine a website like this attracting attention from some of the worst dregs of society.  Fox’s obsession with ruining his wife’s life is nothing short of horrifying, and the thoroughness with which he focuses on tearing her down is absolute.

The fact that the Canadian government can’t see the obvious threat that lies in such egregious harassment is, as well, horrifying. Speaking to the greater issues at play here, this brings to light a weakness within the criminal justice system in both Canada and America. Online harassment and abuse are tools that are regularly used to ruin real lives. Failure to recognize these things as legitimate threats on a person’s well being is shortsighted and dismissive in the extreme. The things we do and the things people say about us online actually do matter, and not understanding that fact leaves many people like Capuano in the dust to deal with a disgustingly scary situation all by themselves.

It’s scary to think that the people who are supposed to protect and serve won’t actually do either of those things until a physical altercation occurs. In situations like these, and with people as depraved as Fox, that physical altercation could be quite drastic, indeed, and that protection may be too little, too late.

The website is still up and regularly updating as of press time. There are no plans to arrest or charge Fox with anything, though the Crown has promised that if new evidence presents itself, they’ll reconsider the case. I have to ask: how much more evidence do you need?

(via Jezebel, image via Shutterstock/Africa Studio)