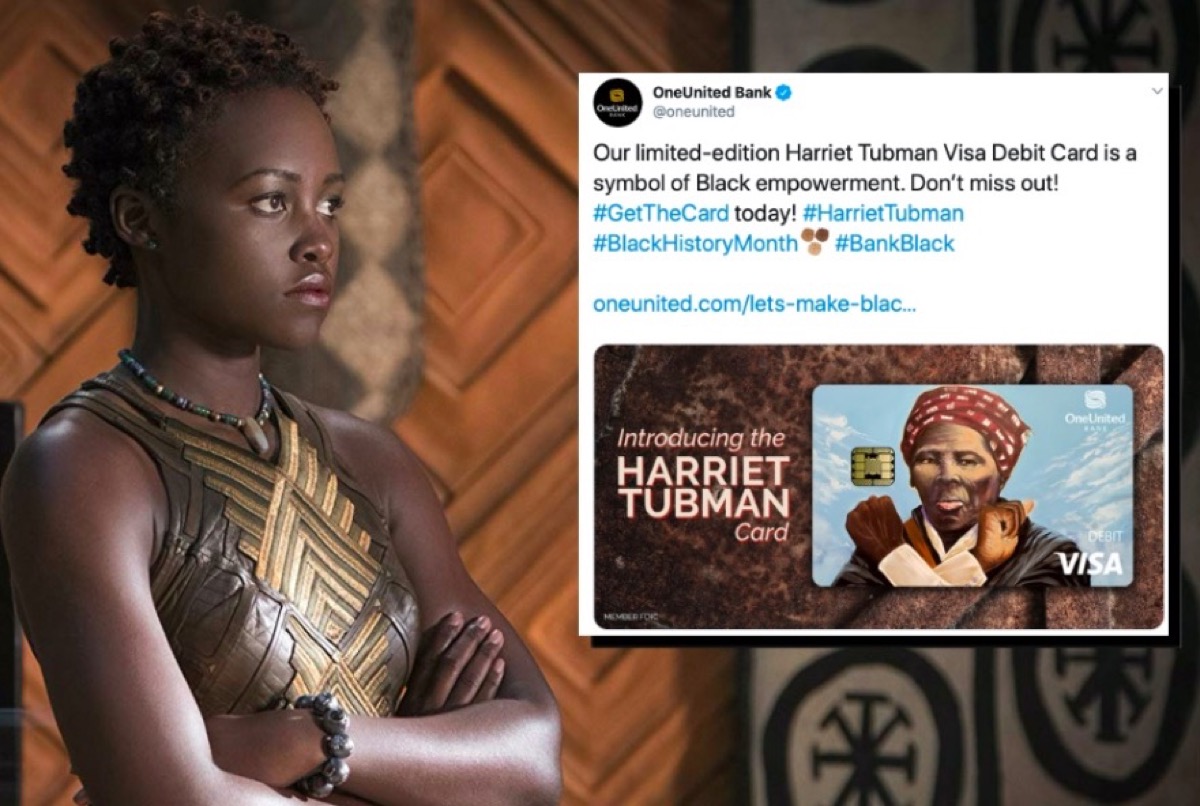 Black History Month is a complicated time. While it provides opportunities for highlighting the accomplishments of Black people across history, more freelance opportunities for Black writers, and just a general time in education for people to focus on Black History, it’s also a time for capitalism to capitalize in messy, messy ways.

I will say at the top that OneUnited Bank is African-American-owned and -managed and has multiple different cards with images of Black people on them. I also don’t even disagree with the idea of having the image of Harriet Tubman on the card, considering we were robbed of the opportunity to get our $20 Tubmans, which I was looking forward to. It’s simply the fact that it’s Harriet Tubman doing the Wakanda Forever symbol. That is the aspect of this whole thing that just seems really messy and unneeded.

I love Black Panther, but the way it has been such a huge part of popular culture is just emblematic of (a) how little hyper-mainstream Black sci-fi there has been and (b) the way people will run a good thing into the ground. We still won’t have Black Panther 2 for at least two more years, and yet, the Wakanda forever gesture has not lost its stride.

And don’t get me wrong; I’m not even frustrated at that. I’m happy that a film like Black Panther has done so well at bringing Africanness and Afro-Futurism into the forefront, but there is a lazy way we can use these things, which upsets me.

Harriet Tubman is also a figure in Black History who is often misquoted and transformed into a magical figure, which belies the fact that she was a real woman who was responsible for not only her own emancipation, but that of many others. She was a spy and political activist all while dealing with chronic pain after being hit in the head with a heavy metal weight. Her legacy and words are often misquoted as a way to shame other Black people. That misattributed “I could have freed [blank] more if they only knew they were slaves” line is not from her.

The image of Harriet Tubman herself, maybe carrying her walking stick or rifle, is a symbol of Black power and freedom all by itself. Adding on the Wakanda Forever symbol just seems childish and silly and comes off as just another way that Tubman gets commodified. I get the thought behind it, but as the youths say, “That ain’t it, chief.”