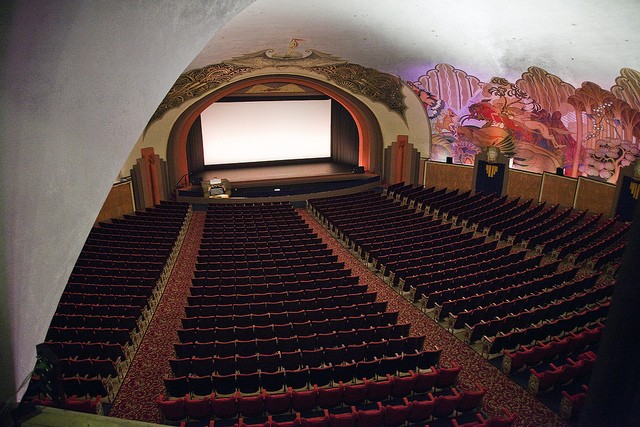 You may not have heard (because most of us aren’t in the right income range for the target market just yet), but Napster/Facebook’s Sean Parker, along with business partner Prem Akkaraju, is working towards making movie releases something we experience in the comfort of our own homes—for a price. The Screening Room aims to offer $50 movies on demand the same day they’re released in theaters, and Hollywood is split on how they feel about it.

While Steven Spielberg, Ron Howard, and more have come down on the side of The Screening Room, there’s also been pushback, and now James Cameron and Christopher Nolan have added their voices to the dissent. Talking to Deadline about how he and Cameron feel about it, producer Jon Landau said,

Both Jim and I remain committed to the sanctity of the in-theater experience. For us, from both a creative and financial standpoint, it is essential for movies to be offered exclusively in theaters for their initial release,” said Landau. “We don’t understand why the industry would want to provide audiences an incentive to skip the best form to experience the art that we work so hard to create.

Beyond just a respect for the art and the format it’s grown accustomed to, there are technical concerns about piracy and economic concerns for movie theaters. Of course, Parker’s company promises to stay on top of piracy and that theaters won’t get left out in the cold with a revenue-sharing plan, but it’s understandable that not everyone believes that will work out in the end. In an email to Variety, Christopher Nolan added himself as a second to Landau’s statements, which is no surprise considering how his filmmaking style and love of IMAX plays to theatrical presentation.

So who’s right? It’s hard to tell. At $50 (plus an initial $150 for the hardware required), the VOD service only makes sense to customers who can spare even more money to see movies and have good reason not to want to leave the house (or who have disabilities that make theater-going difficult) or buy a family full of movie tickets. It could also target those who want to have movie screening gatherings, thus splitting the price tag, and/or those who have incredible home theater setups, but that doesn’t necessarily describe your average moviegoer.

However, over the long term, new technology that makes things more convenient has a way of becoming the norm even if it’s initially aimed at a niche market, so theater chains or those concerned about proper appreciation of their art may have more to worry about down the line. Unfortunately for them, new technology also has a way of overcoming nay-sayers, even if it takes some time, but that could mean other changes in the market first that make the VOD system and home viewing seem like less of a downgrade from theaters. By the time that happens, the detractors may have changed their tunes.