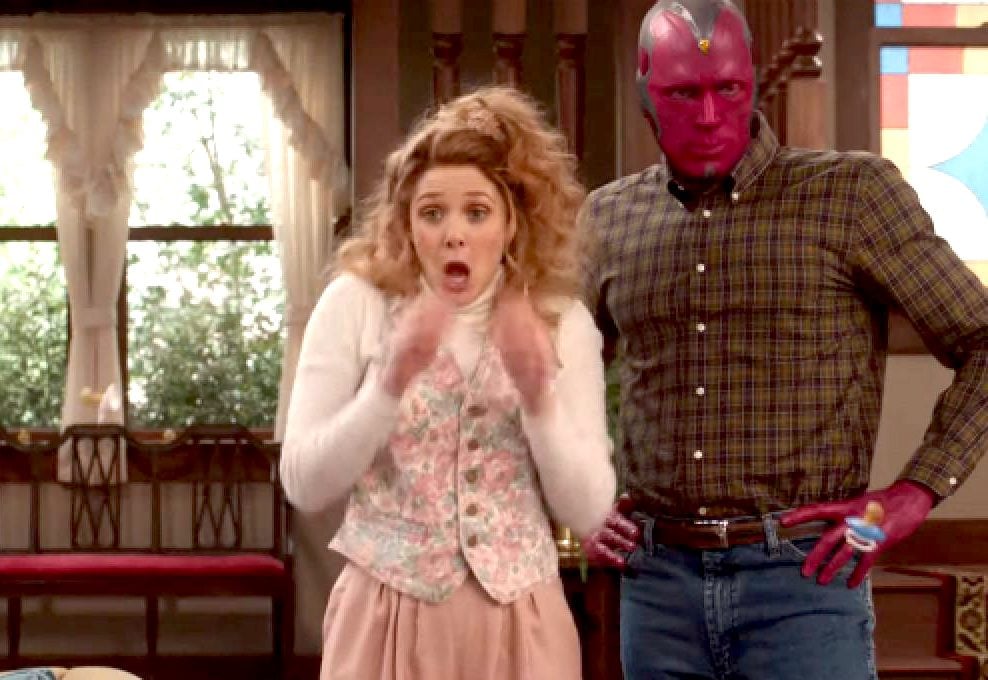 Marvel and Disney+’s WandaVision has had some twists and turns already, but apparently, there is more heading our way. According to Elizabeth Olsen, there are some big storylines coming up that have her excited.

Talking with TVLine, Olsen talked about the surprises to come with the show and fans have taken that to mean there is some Mandalorian/Luke Skywalker-like cameo coming our way.

When asked if WandaVision has anything similar [to Luke’s Cameo] in store — namely a casting that she can’t believe hasn’t leaked yet — Olsen gave us a quick, “Yes.” And though she dared not offer any specifics, she did share with a laugh that “I’m really excited” for viewers to see what (or who) is coming.

If that’s the case, we all have some theories as to who could be coming to WandaVision.

Imagine if it was fucking Wolverine I’d die https://t.co/NmvvCrYImj

But here’s the thing: We didn’t know Luke Skywalker was coming.

luke’s mandalorian cameo had that effect because it was unexpected and had no hints. none of these are unexpected, in fact, these are the ones people expect to see the most https://t.co/uk1WqF9Eof

To be honest, I don’t think any of these are going to be the surprise coming our way. Sure, I think that Magneto and Quiksilver are coming to WandaVision, but I don’t think that’s what Olsen is talking about. I think it has more to do with the show itself and what storylines they’re going to bring in and that’s where we’ll find the surprise cameo.

If WandaVision has a surprise like that, it’s going to be something that makes sense but we haven’t really thought about, and I just think that Magneto and her brother are obvious choices.

The overall theory, and one I’ve been saying since the Fox Merger was complete, was that WandaVision was going to be a reverse House of M situation and bring in the X-Men. So that’s not a surprising twist or something we didn’t all figure out. But there are so many aspects of Wanda’s storyline that would be a surprise if the show chose to do it.

I don’t think it’s going to be someone connected to Wanda in an obvious way. Sure, bringing in Dr. Strange makes sense since she’s in his movie but that’d be a real “okay” moment for me. That’s not a surprise; he’s still actively a part of the Marvel Cinematic Universe.

If you want to surprise me, show that Wanda has created an entirely different universe and have Andrew Garfield or Tobey Maguire come to Westview. Even someone like Wade Wilson would be a fun twist, but I think there needs to be some kind of completely out-of-left-field addition to make me shocked that they’re included in the show.

Whatever happens in WandaVision is going to be exciting. Right now, we’re still in the thick of the mystery, but each week, the show gets better and better, and with this surprise coming, I can only imagine how amazing it’s going to be.