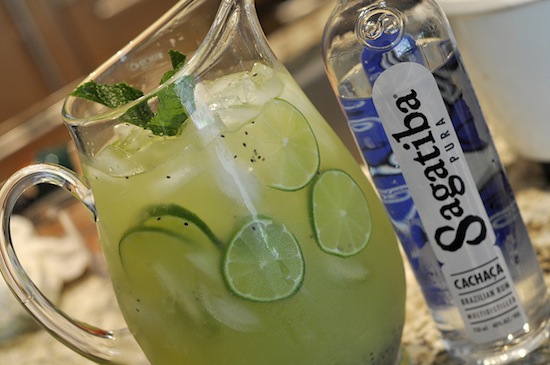 Nuclear scientists in Brazil have finally turned their eyes to one of the most overlooked aspects of their work — how can radiation help to serve the world a better cocktail? Researchers at the University of Sao Paolo say they’ve found a way to speed the aging process of Brazil’s signature liquor, cachaca, by eliminating the oak barrels the tipple is traditionally aged in. Instead, they say, the same chemical reactions can be achieved by blasting the booze with a shot of gamma radiation.

Often thought of as a relative of rum, as both are distilled from sugarcane, some higher end cachacas are produced more like whiskey, with the distilled liquoraged in wooden barrels to season and mature before being bottled. That time-consuming process can be replaced by one quick blast of radiation, though, researcher Valter Artur told Brazilian paper Folha de Sao Paulo. The irradiated booze is purported to be safe for consumption fresh out of the radiation machine.

As intrigued as we are by the idea of consuming radioactive liquor — after all, it can’t be worse than Stroh and could give you super-powers  — don’t expect to see radioactive cachaca on the market anytime soon — the machines necessary for emitting the sort of gamma radiation blasts that Artur is proposing run upwards of $3 million dollars. Guess we’ll just have to keep making our caipirinhas the old-fashioned way for now.