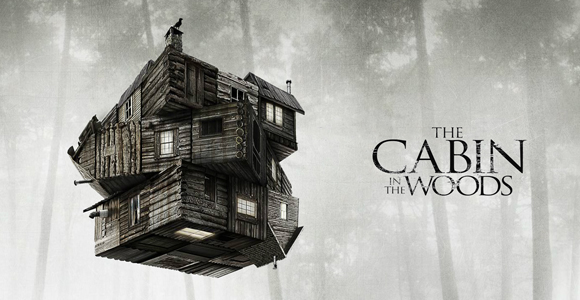 Universal Orlando has teamed with writer/director Drew Goddard to create a Halloween Horror experience out of The Cabin in the Woods. I want to go so bad but I’m worried I wouldn’t make it back.

For anyone who hasn’t seen The Cabin in the Woods…what are you waiting for? Kristen Connolly, Chris Hemsworth, Anna Hutchison, Fran Kranz, and Jesse Williams play a group of friends heading off for a relaxing weekend in a creepy cabin in a remote wooded area. Hilarity, horror, and lots of surprises ensue. (Our review.) Well, Universal Orlando decided it was time to take that concept and let real people try it for themselves.

[Slight spoilers for the film.]

“We are building the cabin completely. You’re going to walk through a forest to get there. You’re going into the cabin. You’re going to go into the cube cells. We’re literally taking everything we can in the film and giving you a kind of best-of montage of the film with this kind of linking story,” Universal Orlando Entertainment Team member Michael Aiello told Zap2it. “You’re going to be in the control room when merman attacks.”

The 23rd annual Halloween Horror Nights will run select nights from September 20 to November 2 at Universal Orlando and The Cabin in the Woods maze will place guests as a “new hire” at the Facility. You’ll experience scenes from the film from a different angle as well as learn about the mythology behind it all and get up close and personal with some of the monsters.

“In the maze, we’ve got many that were in the forefront of a lot of the scenes — the ballerina, the Sugarplum Fairy, the Hell Lord,” explained Aiello, “but also too there are a couple rooms where we’re kind of featuring some of the creatures that were just on the screens in the control room of movie.”

Goddard is currently helping Universal write the script for the experience but no word yet on whether or not the actors will participate in creating new recordings for it. You can already purchase tickets here if you’re interested in getting in on the fun.