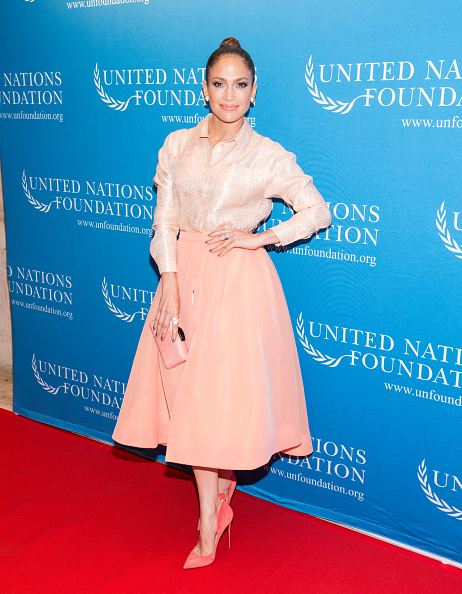 NBC is showing no signs of ending their live theatrical productions any time soon. The network, which brought us such live shows as The Sound of Music Live, Peter Pan Live and The Wiz Live–as well as Hairspray Live (which is scheduled for a December 2016 broadcast)–already have a musical lined up for next year.

Bye Bye Birdie Live will air during holiday 2017 starring Jennifer Lopez as Rosie, the role originated by Chita Rivera on Broadway and later performed by Janet Leigh in the 1963 film adaptation. NBC chairman Bob Greenblatt revealed that Lopez actually approached the network about doing the musical: “She came to us and said, ‘I love this movie and I’d love to do it.'” Lopez’ current show in Las Vegas features a performance of the song “Lot of Livin'” from the musical. The actress/singer released a statement regarding her participation in Bye Bye Birdie Live:

Broadway musicals and films fueled my childhood and Bye Bye Birdie was one of my favorites. I’m proud to be a part of the NBC family with Shades of Blue and I thought it would be a blast to take on one of their big live musicals.

Lopez has been the only name announced for the main cast so far, so we can probably look forward to hearing some more casting announcements in the coming months. After all: who are they going to get to play Conrad Birdie, Kim McAfee and Albert Peterson? What about Harvey Johnson (admittedly, one of my favorite characters)?

Bye Bye Birdie isn’t the only stage production that will be adapted for live television in 2017; NBC is also working on a live show for Aaron Sorkin’s play A Few Good Men, which was famously adapted into a movie in 1992 starring Tom Cruise, Demi Moore and Jack Nicholson.