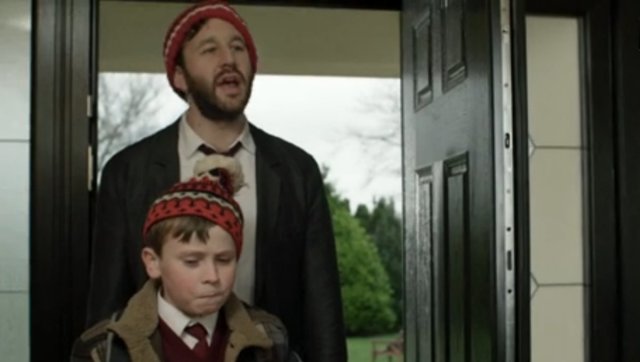 As I was scrolling through shows on my Hulu account the other day, I noticed that they posted trailers for all their upcoming shows. I took some time to watch them all, and while some were better than others, overall I’m actually pretty pumped about most of them. Here’s a quick rundown of the Hulu shows that have me excited.

Chris O’Dowd plays a young boy’s imaginary friend? That’s frankly all the convincing I need for this show, but the trailer makes it look genuinely entertaining as well.

The Doctor’s roommate (James Corden) and that other guy from Spy (Mathew Baynton) teaming up to have action comedy adventures?

Hulu does a pretty great job of making shows from other countries available in the U.S. and they’re also starting to produce more original work. The Awesomes was created by SNL‘s Seth Meyers and has a sort of The Incredibles meets The Venture Bros. vibe to it.

This one has me cautiously optimistic, but I’m still looking forward to giving it a try. With a cast of character actors you recognize, but probably don’t know by name, it should at least be worth an episode. An incompetent sheriff may not be the most original character, but it’s one that works and hasn’t been done in a while.

I’ve been forthcoming with the knowledge that I don’t really care for sports, but I love a good documentary. Behind the Mask is a look at the mascots at four different levels of sports, from high school to the pros.

Looking back on what I’ve written I now realize this might seem like something Hulu paid me to write, but I assure you it’s not. I’m just genuinely looking forward to these shows. To prove that I’m not being paid to write this, all the other shows in Hulu’s upcoming lineup look like total garbage. So, yeah, there’s that.