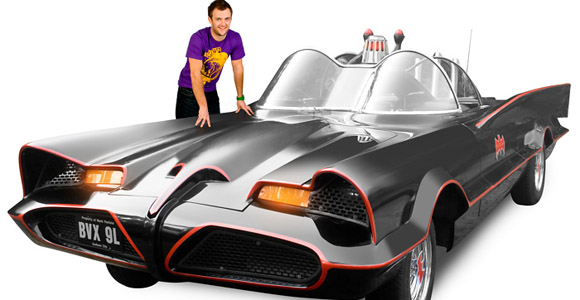 There are few pieces of television and movie memorabilia that get nerds’ engines running – the One Ring, the Grail Diary, etc. – but the Batmobile…any Batmobile…is probably at the top of my list. Well, for those of you with some disposable income, your dream is about to come true. One company is now selling fully-functional Batmobiles in the style of the 1966 Batman television show. Atomic batteries to power…turbines to speed…roger, ready to move out!

For a mere $188,000 (from today’s conversion rates), Firebox will give you your very own classic Batmobile. “Suave millionaires and their youthful wards don’t care about money, and neither should you,” writes Firebox. “This is your chance to own a custom built, officially licensed replica of the most famous car on the planet. Holy mechanical marvel!”

And yes, the description gets even better from there:

Lovingly built by skilled artisans across the pond (no, not Alfred the butler), each Replica Batmobile packs the power of a brand new GM350 crate engine beneath its fibreglass body, so racing from the Batcave to Commissioner Gordon’s office in just a few bat-seconds is easier than sliding down the Batpole. But what about those all-important bat-gadgets? Well prepare to soil your satin pants (worn over your tights, natch) in excitement because this triumph of engineering is fully loaded, and includes a working rocket exhaust flamethrower, opening roll top dashboard doors, flashing red beacon, automatic Batbeam antenna grid and glowing Detect-a-Scope radar screen. Great Scott! 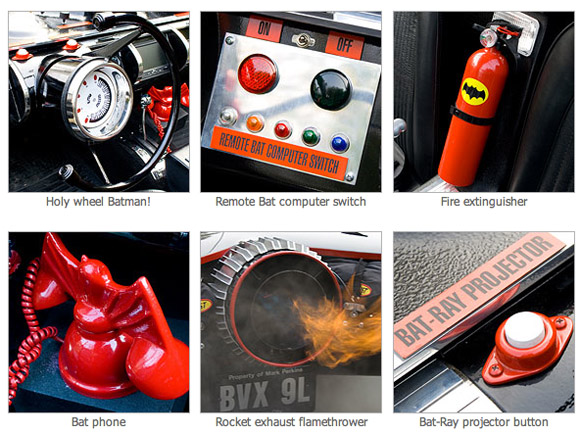 But don’t worry, for those of you who don’t want to be stuck in the 60s, this Batmobile has had a few upgrades; a dash-mounted DVD player, electric actuators that open the hood and trunk, and a six speaker sound system. It goes 0-60 in five seconds, with a top speed of 90 mph, and gets six miles to the gallon. This also classifies as a classic car for insurance purposes.

For those of us not in Bruce Wayne’s tax bracket, there’s always the 1:18 scale diecast version. Now if I could just get my hands on a shrink ray…