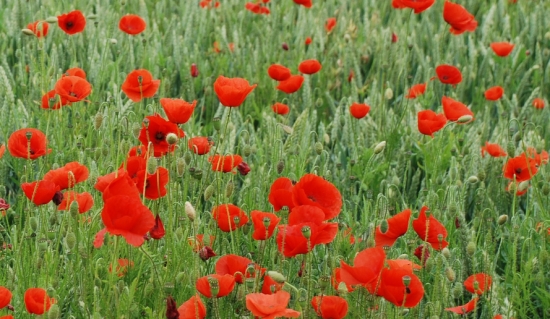 The United Kingdom has some odd rules when it comes to what’s considered offensive. Libel laws and the like in the U.K. tend to receive a lot of flak from the Internet, and perhaps there’s a perfectly legitimate reason for this. These laws have wacky consequences and serve as another way to stifle free speech more often than not. For example, a man was “arrested on suspicion of malicious telecommunications” this past Sunday. His alleged crime? Posting a photo of a burning poppy to a social network.

The arrest was made under section 127 of the Communications Act, which states that someone can be guilty of an offence if they “send by means of a public electronic communications network a message or other matter that is grossly offensive or of an indecent, obscene or menacing character”.

The law has come under fire in the past because it is too difficult to define what is “grossly offensive”, rather than merely offensive.

To be fair, it was Remembrance Sunday, so the photo might have been considered in poor taste. Arresting someone over it’s just silly, though.