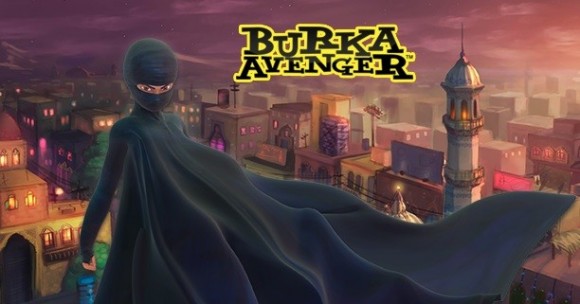 Pakistan’s newest TV superhero, Burka Avenger, is not only the first animated female superhero for the country, but a woman with a mission. That mission is to promote girl’s education in the country, on and off screen. The new show, from Pakistani pop star Haroon, features Jiya, a teacher at an all girl’s school who protects the school from various villains, including a corrupt politician and an evil, anti-women’s education magician. Jiya dons a burka at night and quite literally uses her teaching tools, including pencils and books, to foil her enemies’ schemes and keep the school open for her students.

The new kid’s show aims to promote value in education, especially for females, as well as religious tolerance, in an area where the Taliban continues to try to suppress women’s education and attack female students and schools in the country. Through action and humor, Burka Avenger allows a female schoolteacher with considerable ninja skills to defeat misogynistic enemies who express sentiments like “what business do women have with education? They should stay at home, washing, scrubbing and cleaning, toiling in the kitchen.”

Children have characters to relate to in the form of twins Ashu and Immu, and their friend Mooli, who populate the fictional town of Halwapur and even have their own moments to shine as young voices for education. Early on, Ashu stands up for her school, speaking against corrupt, gold medallion wearing politician Vadero Pajero and evil magician Baba Bandook as they attempt to shut down her school.

Pop star Haroon used a good amount of his own money, as well as some from an anonymous donor, to create the Urdu-language show, which teaches various lessons, entertains, and features music by him and other popular Pakistani musicians. The show includes the bright colors and slapstick comedy of any animated children’s show, but has one crucial goal that kids are already picking up on. Yahoo collected the sentiments of orphaned children living outside of Islamabad, who were provided with an early look at the show, and the kids responded positively to the action and humor, and a protagonist who both

saved kids’ lives.. [and] motivated them for education and school.

The show’s creator has been asked about the decision to make Jiya’s disguise a burka, with some ninja flair of course, as the Taliban has forced women in Pakistan to wear burkas in the past, turning the religious garment into a sign of oppression for some. Haroon explained to Yahoo! that,

It’s not a sign of oppression. She is using the burka to hide her identity like other superheroes. Since she is a woman, we could have dressed her up like Catwoman or Wonder Woman, but that probably wouldn’t have worked in Pakistan.

Head over to Comics Beat if you want to see the english language trailer, coming to Geo TV in august.