Buffy The Vampire Slayer Movie May Be Officially Slayed 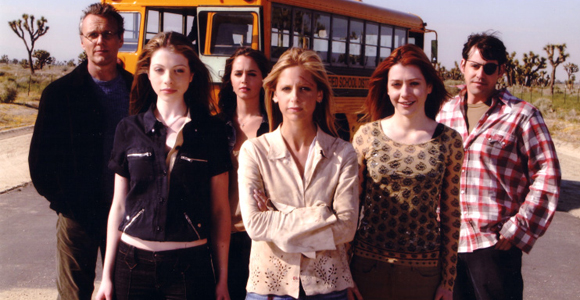 Fans who revere Joss Whedon’s Buffy the Vampire Slayer can breathe a slight sigh of relief today. The screenwriter responsible for writing the Buffy reboot film has apparently done a terrible job! Does this mean the film is done for? Not quite, Slayers.

Writer Whit Anderson’s script for Buffy the Vampire Slayer “fell far short of expectations” according to two sources close to the project. They say it was rejected completely, in fact.

“This is a sad, sad reflection on our times,” Whedon said last November when that deal was announced, “when people must feed off the carcasses of beloved stories from their youths — just because they can’t think of an original idea of their own, like I did with my Avengers idea that I made up myself.”

Even Buffy herself, Sarah Michelle Gellar, who was not going to be involed in the new film either said, “I think it’s a horrible idea. To try to do a Buffy without Joss Whedon, I mean that’s, like, honestly, to be incredibly non-eloquent: that’s the dumbest idea I’ve ever heard.”

Unfortunately, Hero Complex says a new writer is now being searched for but that doesn’t necessarily mean the film will still happen. “There also might be some healthy fear among the producers who witnessed a spasm of fan criticism when the project was first publicized,” they wrote.

“If you’re going to bring it back, you have to do it right,” one key player in the project told them. “[Anderson] came in with some great ideas and she had reinvented some of the lore and it was pretty cool but in the end there just wasn’t enough on the page.”

I don’t want to revel in anyone’s failure, I’m sure this was a bad hit for Anderson, but I’m glad for the significant road bump. We don’t need a Buffy reboot. Besides, I’m perfectly happy with the movie they already made.