Bubble Genius Sent Us Some Soap And It Smells Mathmatically Delicious

For when showering with regular soap isn't fun enough. 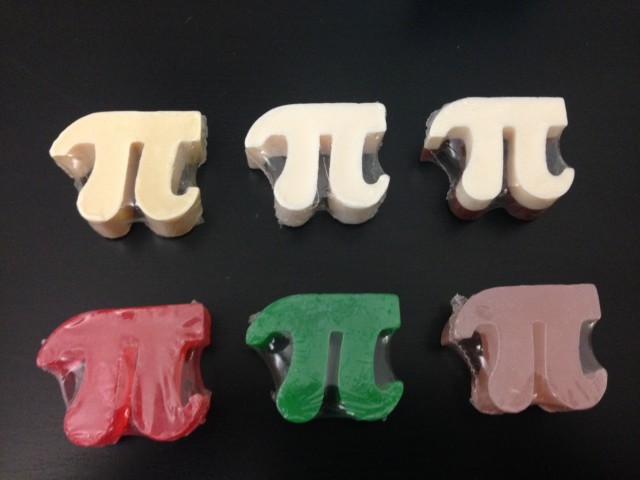 If you’re a regular listener to the Geekosystem podcast, you might remember that this week we received a package in the mail from Bubble Genius, a LA-based Vegan soap company that makes geeky products. We think they look and smell pretty awesome, so we wanted to show you what they sent us, because we like soap. And also showing off. It’s sort of a perk.

First we have what might be my favorite for its ingenuity and simplicity, the Uranium Soap. 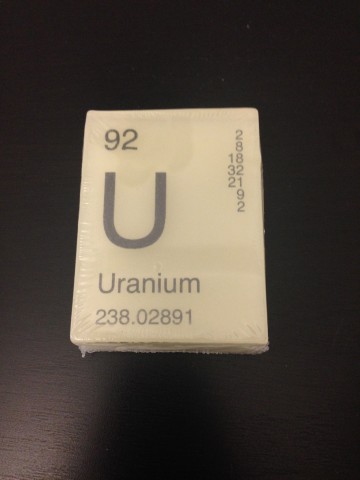 This is a part of their periodic table line, aptly titled “In Your Element.” The text is embedded deep into the soap so it won’t wash away the second you jump into the shower, which is comforting, because otherwise then you’d just have a generic block of “rainwater” scented soap, and who wants that when you could pretend to be washing yourself with one of the most dangerous substances known to man?

Okay, well, it wouldn’t be a totally generic block, because as an added bonus the Uranium soap also glows in the dark. Efforts to capture the effect on film proved to be difficult, but trust us, it definitely has a greenish glow when you hide it from the light. Not that we recommend taking showers in the dark. That would be ill-advised.

Next we have the “Soap-Bot,” which is, as you might expect, a robot made of soap. 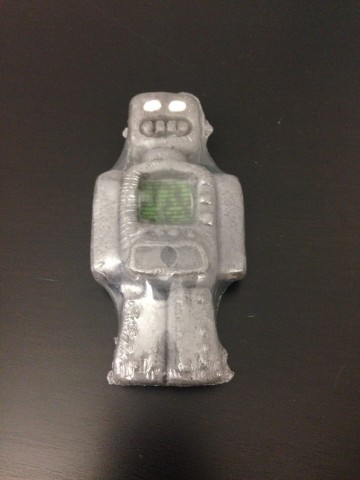 You can also definitely tell he’s handmade, because he’s kind of lumpy in places. That’s okay, we love him anyway.

The one we got is strongly blackberry scented (hey Bubble Genius, if you want to expand this line, you should consider an “Apple” flavored one as well. Get it? Geeeet it? Okay, we’ll stop), and his eyes and chest glow in the dark as well. He’s also pretty adorable. If you’re a fan of fruity soap, you’ll probably enjoy this little guy.

Speaking of fruity soap, we got some pie! Err, pi! 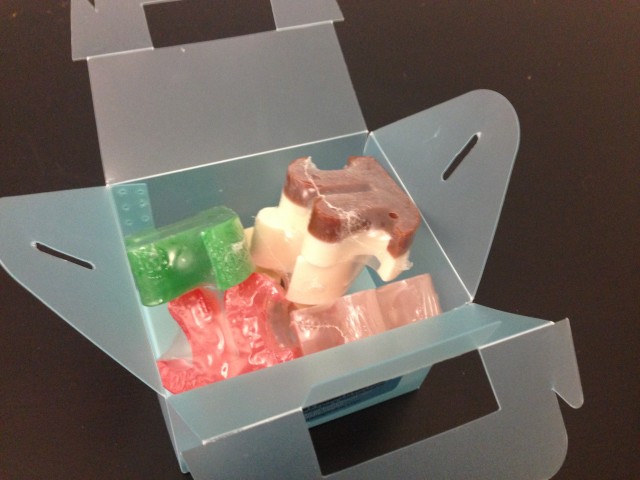 Bubble Genius is definitely a fan of making the same kind of puns that we are, thankfully, because this box of pi is all pie-flavored. There’s pumpkin chocolate cream, key lime, cherry, apple, and coconut cream scents. The pumpkin is a bit spicier than I would generally use on my body, and they’re much smaller than your average bar of soap, but they all smell great and come pre-sealed in their box so the scents don’t contaminate one another.

If you wanted to be a responsible adult who leaves out decorative soaps in your bathroom, but you still wanted to alert your guests to the fact that you’re a total dork, then this would be the way to do it. 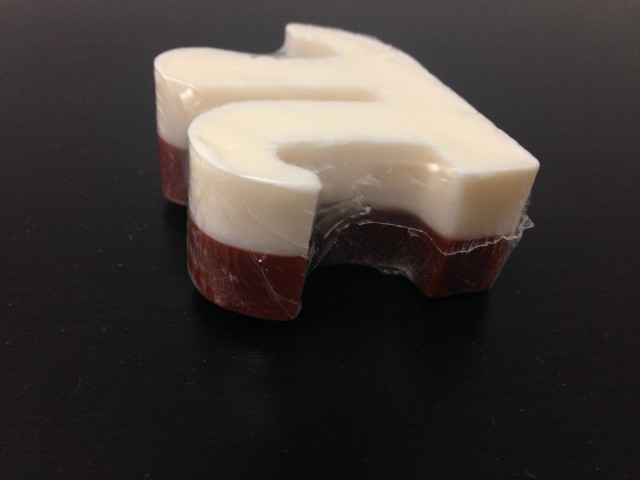 A close up of the chocolate cream. This probably has the faintest smell of all the soaps — closer to cocoa butter than something really “chocolatey.”

All of Bubble Genius’s soaps are free of sulfates, which, as I know from my brief time working retail in a beauty supply store, can strip your hair of its natural oils and sometimes irritates the skin. Sulfates are also pretty bad for the environment, too, so they’re pretty good to avoid on the whole. Instead, Bubble Genius uses vegetable glycerin-based, all organic products to make their soaps. Yes, even in the glow-in-the-dark ones. Those have “cosmetic grade glow powder” in them. The soaps are also all tested on humans rather than animals, and scented using organic herbs and oils.

Thanks again to Bubble Genius for sending us these! If you’d like to check out the rest of their products, go to their website.