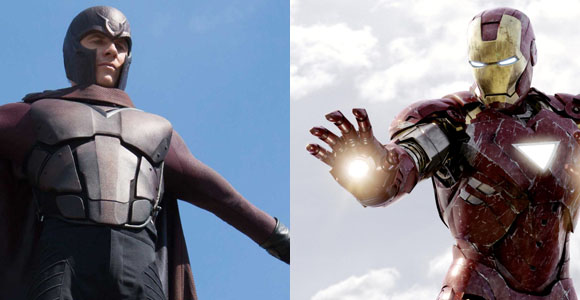 Insert obligatory, “We have a Hulk.”

SciFi Now has an interview with X-Men Days of Future Past (check out our review of the film here!) director Bryan Singer in their new issue. They’ve posted excerpts on their site in which he shares his frustrations of fans comparing the now Disney-owned Marvel Studios films and the Fox-owned X-Men franchise.

“It’s not healthy for us,” says Singer. “I’ll tell you why: they’re both comic-books and at some point you can expand the universes, that’s where the comparison ends.

“The Marvel universes – particularly Avengers and Iron Man – are… and it sounds defensive, and it is defensive, but only because people make comparisons between [X-Men: Days Of Future Past] and The Avengers, which is ludicrous.

“The Avengers is a mash-up of massive single character franchises of incredibly familiar characters and Iron Man. And did I mention Iron Man? Oh, and by the way – Iron Man.

“They are huge, colossal franchises that are peppered with all these other characters that are, again, extremely famous and so yes, Fox will at some point synergise [the X-Men] characters and that process is slowly beginning, but it’s very different than taking movies that gross close to a billion dollars and then pushing them together into these giant broad movies.

“If you want to give me Robert Downey Jr in a metal suit and have him join the X-Men, then yes, let’s go head-to-head [with Marvel Studios].”

I can imagine it’s tough hearing people rave about how successful Marvel Entertainment has been in building their cinematic universe but I don’t think it’s ludicrous that people compare them. They’re superhero comic book adaptations which happen to come from the same publisher and at that publisher, they all exist in the same world. But saying he needs an actor like Downey or a character on the level of Iron Man in order to compete also seems a bit silly to me.

Singer went on to say the X-Men are the “bastard stepchild of the comic-book universe,” adding not as many people are familiar with the characters and “Avengers and the Marvel movies are individual franchises based on major characters that’s why there are some Marvel characters in Avengers that don’t have their own movie, because I don’t know if they had their own movie anyone would be that interested.”

You better not be talking about Black Widow, sir.