X-Men: Days of Future Past – I’m Not Sure I Want Your Future 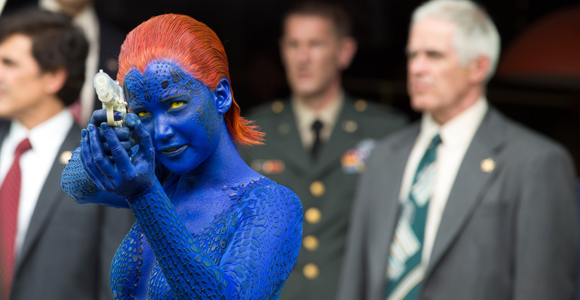 The follow-up to Matthew Vaughn’s X-Men: First Class had a lot weighing on its shoulders. Not just as a Hollywood blockbuster, but with fans of the Chris Claremont storyline from The Uncanny X-Men comics and subsequent animated television series adaptation. It also had to live up to the “new” mutant universe created for the 60s-era film while paving the way for continuing success with subsequent films in the Fox franchise. While Bryan Singer’s X-Men: Days of Future Past may have great success at the box office (like most superhero films these days), fans may have a few things to say to the director when all is said and done.

[Editor’s Note: TCL, the Presenting Sponsor of the worldwide premieres of X-Men: Days of Future Past, invited The Mary Sue to attend the Global Premiere in New York City. (They’re continuing on to Moscow and Beijing tonight, Singapore on Wednesday, Sao Paulo on Thursday, and Melbourne on Friday.) We got to walk the red carpet and schmoozed with (ok, more like look at as the walked past) the actors from the film. We’ll try not to let that affect our review. And since this is an advanced review, spoilers will only come into play after the image of Bishop, read safely until then. You might want to skip the comment section too.]

Did you like X-Men: First Class? Did you like it better than the previous three X-Men movie installments and solo outings? I have good news and bad news. The good news is Days of Future Past utilizes most of what Vaughn set up in his film. The bad news is, they sacrifice its potential to “fix” the movie universe and we may never see the First Class charm again.

We all knew going in this film was going to be stuffed full of mutants. The casting of new and old mutants seemed like it would never end and surely never be able to fit in one film without sacrificing something. One timeline, theoretically our present day, features cast members from the “modern-day” films plus a few new additions (Blink, Bishop, Sunspot, Warpath), while the past timeline picks up a few years after the events of First Class. However, the past features a fractured group, no longer set on working together, but fighting for what they believe is right on their own (Except for Beast, who stuck with Xavier.) and the present scenes aren’t nearly enough to fully comprehend the dire circumstances meant to be the impetus for the whole film.

What does that mean? A lot of fractured scenes which play well at the time but don’t add up to a cohesive story. Which is a shame because all the potential is there and perhaps some was even left on the editing floor if my instincts are correct. Days of Future Past has all the right beats but none of the heart. Are you going to sit through the film thinking it’s terrible? Absolutely not. Quite the contrary, in fact. The performances are all there, as are the references to past films and characters, the action is there as well but the feeling that it’s a placeholder is extremely evident by the end.

While fans may worry this movie was just another Wolverine vehicle, fear not. While Hugh Jackman’s angry mutant is the crux of the time travel aspect of the film, he doesn’t overpower it. Jennifer Lawrence, James McAvoy, and Michael Fassbender instead act as a trio of leads, each dealing with their own issues and Peter Dinklage’s Trask is a successful if somewhat limited villain for them. Lawrence’s Mystique is really the character who matters the most in the film and now the rumors of a spin-off with the actress makes more sense than ever. However it’s hard not to notice she’s the only female mutant presented in the past. And sadly, the women of the present don’t get enough time to shine, though the same goes for everyone in those scenes. Believe it or not, we get honest-to-goodness gratuitous male nudity this time around and the women in the film are not objectified (unless you count Mystique’s normal shape, which I do not).

While many of us sat in anticipation of “The Dark Phoenix Saga” unfolding in X-Men: The Last Stand and got…well, something tangentially related, this adaptation of “Days of Future Past” takes similar liberties but with better execution. I have no doubt it will be a successful summer blockbuster.

SPOILERS FOR X-MEN: DAYS OF FUTURE PAST TO FOLLOW, DO NOT READ AHEAD IF YOU WISH TO REMAIN UNSPOILED. 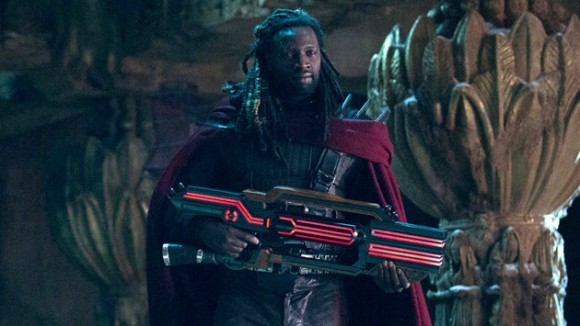 I was with them. I was with them for a good chunk of this film, I swear. But by the last scene I was literally on the edge of my seat, throwing my arms up in the air because I was so annoyed. Here’s why.

Oh, I’m sorry, was Bishop actually supposed to play a part in the plot of this movie? How silly of you to think so. Much like Kitty Pryde’s role is circumvented for Wolverine to take on the time traveling task, any possible angle for Bishop is thrown right out the window. He literally does nothing of consequence in the film, which is a damn shame. Related, no explanation as to how Kitty can send Logan’s consciousness back is given but I suppose the audience is meant to suspend their disbelief on that. Which brings me to my next disappointment in Days of Future Past…

There is no explanation for Professor Xavier having his body back. I repeat there is NO EXPLANATION as to how Xavier is back in his original body after being vaporized by Jean Grey and placing his consciousness into a random man in a coma. Sir Patrick Stewart danced around reporters asking him about it while making the promotional rounds and while he references the stinger from The Last Stand, he wasn’t able to explain anything because they just didn’t bother to cover it. And some might say, well, this movie isn’t technically related, but you’d be wrong. There are references to the original trilogy throughout and the whole point of this film was to theoretically get us back on track for follow-up films. So, you know, way to drop the ball there. If you saw The Wolverine, you know Professor X shows up in the stinger. No explanation was given there and I just assumed they were saving it for this film. Silly me. Moving on.

Xavier walking? We saw a clip of how they made that happen and before seeing the film I was all set to write a piece about how terrible a move that was thinking they just wanted the main star in their action film to be able to walk because having him in a wheelchair would prove difficult. But…he honestly doesn’t do that much which requires him to walk so that turned out to be more of a mental ordeal for the character rather than a physical one. Speaking of which, I was also disappointed with the character development as a whole, as in, there was none. These characters developed from where we left them in First Class to be sure, but we don’t get to see it. Here they’re all angry, with each other, themselves, and the world at large, and by the end of the film, they still are. The main trio have arguments with each other but which don’t accomplish anything and almost all the other First Class characters are excluded. Whether that was an actor schedule issue or they just didn’t want to use them, I don’t know, but it felt extremely off especially considering Havok is there, then not there. Speaking of which…

Quicksilver (Evan Peters), aka “Peter,” was hands down my favorite part the film. And then he completely disappeared. Seriously. Did they think his super speed powers would complicate the rest of the film? I don’t know but I wrote in my notes, “Fuck, we need a Flash movie,” (yeah, yeah, DC fan) after seeing him flex his powers. Granted, we’re getting a TV show, but super speed looked incredibly cool on the big screen. And yes, stick around for a stinger scene.

All this being said, I want to see X-Men: Days of Future Past again. I know I’ll still have the same issues with it but as a nerd, I can’t help but be excited about seeing these characters on screen. And that’s a personal problem.